Emerging into Spring at the New Moon in Aries

Emerging into Spring at the New Moon in Aries 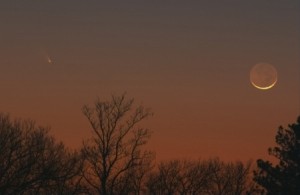 Aries is the first sign of the zodiac, and the Aries New Moon occursin springtime when (in the northern hemisphere) new life is bursting out of every corner. The Aries New Moon gives us an opportunity to emerge from winter’s hibernation with new goals, new desires, a fresh new start. Under the Aries New Moon we can put all of the challenges of the past behind us and begin anew with all the innocence of a child but the power of an adult.

A strong square aspect between Mars (aggression) and Jupiter (expansion) can enhance confidence but it can also raise tempers and create conflicts.  Mars is in Taurus now where it tends to resist behavior that is too radical, but if we try to stifle our resistance it may blow up like a bull (Taurus) in a china shop.  Channeling this energy into a project that requires faith and confidence is a helpful way to manage this Mars/Jupiter combination.

Since Aries is ruled by Mars, a forceful Mars aspect at the time of an Aries New Moon suggests that a great deal of energy is likely to be generated by this New Moon.

This New Moon also contains a force of creative energy, with both Mercury and Venus aspecting Neptune and opening up windows to the divine (Neptune) which facilitate the flow of imagination and idealism. These aspects will continue to affect us for several days after the New Moon so the doorways to new experiences will remain open for some time!