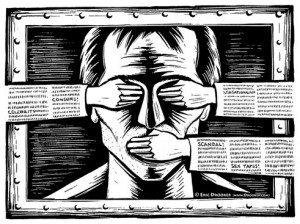 I think we can categorize this under the square of Uranus to Pluto:  Obsessive (Pluto) government practices (Capricorn) cracking down (square) the technological rights (Uranus) of individuals to feed their own minds (Aries).

The United Kingdom’s new internet filters promise to block much more than just pornography, according to a report by the digital advocacy organization Open Rights Group.

Based on conversations with several ISPs, Open Rights Group says the new “parental controls” will reach far beyond pornography. By default, the controls will block access to “violent material,” “extremist and terrorist related content,” “anorexia and eating disorder websites,” and “suicide related websites.”

In addition, the new settings will censor websites that mention alcohol or smoking. The filter will even block “web forums” and “esoteric material,” though Open Rights Group does not specify what these categories would include.

In the United States pornography (NOT including, of course, child pornography) is considered a first amendment right and pornography in any case is subject to a wide range of interpretation.  Back in Queen Victoria’s day a bare ankle was considered pornographic and piano legs were discreetly covered up in order to avoid embarrassment.

Including “esoteric material” opens up a whole other question – is the British government afraid of the masses becoming educated in esoteric practices that for thousands of years been the exclusive province of a small minority?  This has been called by some a “War on Consciousness” and perhaps can be viewed as a move to keep esoteric practices in the hands of a select view.  The Merriam-Webster definition of esoteric is:

1a : designed for or understood by the specially initiatedalone <a body of esoteric legal doctrine — B. N. Cardozo>b : requiring or exhibiting knowledge that is restricted to a small group <esoteric terminology>; broadly: difficult to understand <esoteric subjects>
2a : limited to a small circle <engaging in esoteric pursuits>
b :private, confidential <an esoteric purpose>

This is not the first time the subject of banning esoteric material has come up.  In 2009 with Pluto newly in Capricorn this very blog was among the list of sites banned in Australia.
Uranus demands that the doors of oppression be broken down so that knowledge can flourish, and perhaps the next war will truly be the war on consciousness if the attempt to stifle the pursuit of knowledge spreads beyond the borders of the UK.
[related_posts limit=”5″ image=”50″]
Share this article...
By Lynn Hayes|2013-08-15T07:36:29-04:00August 15th, 2013|Consciousness, Future Shock|6 Comments