Family net worth is back to Pre-Pluto in Sag levels

Family net worth is back to Pre-Pluto in Sag levels 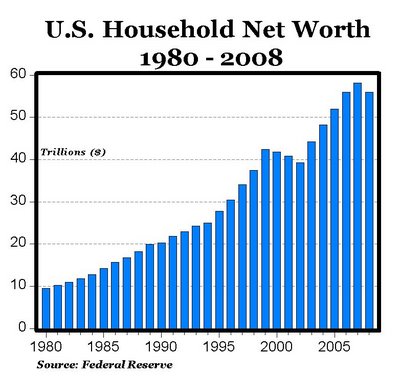 The recent economic crisis left the median American family in 2010 with no more wealth than in the early 1990s, erasing almost two decades of accumulated prosperity, the Federal Reserve said Monday.

A hypothetical family richer than half the nation’s families and poorer than the other half had a net worth of $77,300 in 2010, compared with $126,400 in 2007, the Fed said. The crash of housing prices directly accounted for three-quarters of the loss.

This is interesting from an astrological viewpoint because Pluto entered Sagittarius in 1995 and began the obsessive (Pluto) push towards grandiosity (Sagittarius) that created the housing bubble, a variety of stock market bubbles, and an ever-widening circle of debt.  Pluto entered Capricorn in 2008 and began the contracting phase of the cycle, from which we are still recovering.

Pluto was in Sagittarius between 1503 and 1516.  During that time King Henry VIII ascended the throne and presided over a building boom that created what was perhaps the world’s first housing bubble.  He nearly bankrupted the country by spending lavishly on ships and palaces in which he hung 2000 tapestries.  When Pluto moved into Capricorn, the British treasury was empty after years of extravagance and high taxes were imposed in order to fund foreign wars (sound familiar?).

Pluto next traversed Sagittarius between 1748 and 1762.  That period saw the expansion of the British Empire into India, but after Pluto entered Capricorn in 1762 and Britain lost control of the American colonies its influence began to wane.

Astrologers were ready for this same pattern when Pluto entered Sagittarius, and we foresaw the contraction of 2008 when Pluto entered Capricorn.  So it is no surprise that on average, many of us are back where we were in 1995 before  the Sagittarian expansion led us to unrealistic heights of grandeur.

That is not to say that we are doomed to economic failure.  The Capricorn influence of Pluto simply deflates a balloon that has no basis in reality – if our economic foundation is solid we will be fine.  This is a time for saving, investing – being practical.  Pluto will be in Capricorn until 2023, and this is NOT a time for multilevel marketing schemes or ideas that are too good to be true. Capricorn is ruled by Saturn, and Saturn rewards our efforts and hard work.  Let THAT be your guide right now.