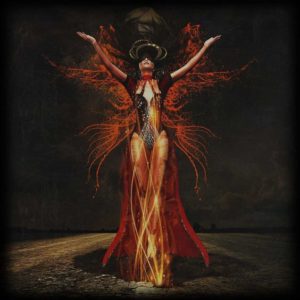 I recently came across this article about female rage.  As many of you know, the power of anger as expressed through Mars in the natal chart is a speciality of mine, probably because my own Mars is conjunct the little planet Chiron which deals with soul wounds, so I’ve had to do a lot of healing around this myself.  Mars is of course named after the Roman God of War (Ares in Greek), and the astrological Mars presides over what I like to call the “continuum of anger.”  Mars experiences include desire and/or need, motivation, inspiration, frustration, anger, rage – all of which have a place in this continuum.

This article includes a photo of the Oxford English Dictionary with 36 entries describing the continuum of anger, from “annoyed” and “displeased” to “livid and choleric.”  Anger is not just one emotion – it’s a spectrum of reactions to the simple fact that our desires and needs have been ignored.

All over the US, and around the world, women are becoming more intimate with the layers of their anger. We’re becoming more articulate and expressive of it. More studied in the ways it knits together the personal, professional, and political. And more conscious of the immense, historic, paradigm-shifting power of it.

This has all been evident in the “Me Too” movement (as I wrote about here), where a primal feminine rage against an oppressive patriarchy has erupted into both individual consciousness and the consciousness of the collective.  The Black Moon Lilith has emerged into the mainstream of astrological thought after centuries as a female sexual demon, transformed into a figurehead for this primal feminine rage as women reclaim the power of their sexuality (read more here).

Women of course aren’t the only ones who are angry.  The relatively recent phenomenon of the Incel (“involuntarily celibate) a term which originated in 1993, ironically by a woman) has brought the rage of men who feel deprived of sex into a feverish pitch of hate and violence.  This is a particularly male reaction with its Martian quality of thwarted desire, and of course the symbol for Mars is the symbol for the male. ♂  This is quite different than the rage of the Black Moon Lilith which has a particular quality of rebellion against oppression.

Anger is a natural force in the human personality – its function is to protect and defend.  If it is repressed or buried for too long, uncomfortable and even pathological personality changes can occur.  I often have clients with strong signatures of repressed anger in their charts who tell me something like  “I never get angry because if I did I would burn the house down.”  That very sentence is a clue that it would be helpful to explore that anger and see what lies behind it.  In doing so, we can gain greater balance and integration, and reclaim our power over own lives.