Finding the balance between surrender and power

Finding the balance between surrender and power 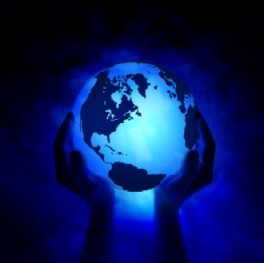 I was listening last night to a podcast on the subject of making money in a bad economy, and one of the recommendations was to turn off the news so as not to create fear in one’s consciousness. “What we don’t know won’t hurt us” appeared to be the general theme.

I would strongly disagree. If we are to be fully empowered, consciously creative beings on a planet in which we create our own reality, we must be aware of the dynamics of the world around us. In this era of globalization, where we truly are one world and everything each individual does affects the entire planet, it is more important than ever to remain informed about the truth behind the lives that we lead.

Certainly we do not want to become lost in a morass of fear and despair and helplessness at the terrible situation the world is in at any given moment. But our human existence is a series of cycles, and this is where astrology comes in to provide assistance. We have been talking for years about the advent of Pluto’s entry into Capricorn, and we were not surprised by the events that followed. We are looking ahead at the upcoming square between Uranus and Pluto in 2013, and we know that there will be an increase in social strife and conflict. But we also understand that these cycles are divinely guided, and part of the ongoing story of life in a body on Planet Earth.

On the one hand, we must surrender to those things over which we have no control. This has nothing to do with being religious: I know many people who would call themselves religious whose faith in times of strife offers them no peace or comfort. But the relative predictability of the movement of the planets to me offers a sense of surrender and trust in the Consciousness that guides planetary motion and the cycles of our lives.

Awareness of these cycles gives us an understanding of the nature of events that are presently occurring, and this empowers us. We can then work with the energy of the planets rather than be tossed around with no direction or purpose. In the same way, the more we know about the political and economic situation in the world around us, the more influence we can have on these situations, whether directly or indirectly. While it’s true that as we as individuals grow and evolve we naturally have a transformative effect on those around us and the planet as a whole, there is also a need to remain engaged and a fully active member of the community.

In my opinion, the stakes are too high in today’s world to crawl into a cave and retreat until the dust settles. Like Mahatma Ghandi and other spiritual leaders who became political figures, we can be effective members of community and keep our spiritual experience intact. The key is surrender to that which we cannot control, and to continue to grow as individuals with the personal power to be able to change that which can be altered. Fear arises when we feel helpless; power and love are the antidotes.