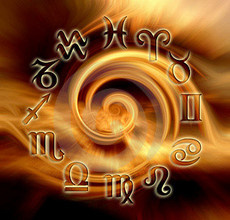 When the economic collapse occurred in 2008, astrologers were not surprised.  We had been watching and waiting for the arrival of Pluto’s entry into Capricorn as a time when the explosive growth of the Pluto in Sagittarius period would contract and the reality check of Capricorn’s serious need for discipline would arrive.  The economic collapse also demonstrated quite clearly that financial experts lacked adequate tools to understand the fluctuations of the stock market. The Astrology News Service posted a link to a couple of Forbes articles about financial astrology that are actually pretty respectful of the art. One of these articles interviews astrologer Grace Morris:

She based her calls on traditional earth-bound analysis from outsiders, like fundamental and technical data. But the real twist comes from the natal star charts of the companies she chose to recommend to her clients. There were only five large cap buys on the list. Most were holds. The rest were mid and small cap names.  Out of the five large cap buy recommendations she made in October, three beat the S&P 500, and all were trading positive from Oct. 3 to market close on Feb. 17.

This was interesting to me because I myself decided that with Uranus in Aries, the innovator of individuality, in conflict with Pluto in Capricorn, the destroyer of corporations, that small cap companies were going to be the real growth investments.  (I am NOT a financial advisor, and I have no training in economics.  I am a professional astrologer with an interest in the geocosmics of finance.) The other Forbes article on financial astrology quotes my personal favorite, Ray Merriman:

“With Saturn moving into Scorpio later this year as Pluto stays in Capricorn, it will be a time of reckoning and not only for the U.S., but for Japan and also Europe,” warned Merriman.  “Pluto represents debt and Capricorn and Saturn represent accountability. You experience the consequences of your actions in regards to debt when the planets are in that position. The best case scenario is a sobering one where all sides agree it will be a five to 8 year process to fix these major economies. The worst case scenario is that spending continues to exceed revenue, and the credit worthiness of any of these nations is downgraded yet again. Europe and the U.S. are both vulnerable to this potential reality, and it is coming soon, before 2014.”

The article even delves into the astrology of the US Sibly chart and the fact that Uranus and Pluto will be in challenging aspects to the US Sun from 2013-2015.  This is likely to be extremely significant to the fate of the United States and I’ll be writing more about this in the months to come.