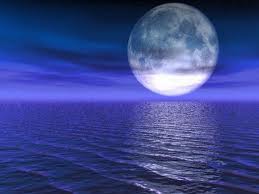 The Full Moon occurs on January 19th at 4:21 pm Eastern at the 29th degree of Cancer. The sign of Cancer is ruled by the Moon, so the Moon is particularly powerful during the Cancerian Full Moon.

Like the Moon, Cancer is emotional and vulnerable – tender and soft and needing to be nurtured. A cardinal water sign, the emotions of Cancer are active rather than passive – there is a need not only to feel deeply, but also to take action in some way such as offering food or providing some other kind of sustenance.

In the dance between the Moon and the Sun, the cycle begins at the New Moon with the Sun/Moon conjunction, and reaches its apex at the Full Moon when the Moon opposes the Sun and challenges its authority. Ancient customs of howling at the Moon to release one’s instinctive side reflect the fact that the subconscious interior of our innermost being is more easily accessible when the Moon is full. And when the Moon is full in Cancer, it’s time to delve into the realm of feeling and open the door for the inner child to enter.

This Full Moon occurs at the 29th degree of Cancer. The 29th degree is the completion of one sign and the transition to the next, so here we are completing the sensitive emotionality of Cancer as we prepare to move into more of a focus on Self in Leo with the solar polarity moving from the practicality of Capricorn into the quixotic unpredictability of Aquarius. The lunation makes no aspects to any other planets so it is not likely to be experienced with much intensity. A pleasant sextile from the Sun to Jupiter helps to foster feelings of optimism and confidence as we find our emotional stability.