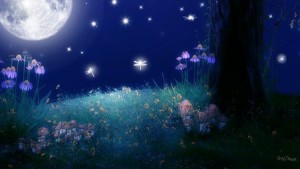 This Full Moon is one of ascension and expansion.  In Leo we celebrate our unique individuality and acclaim the treasure of the Self.  At the Leo Full Moon we must balance that against the transpersonal influence of the Aquarius Sun which urges us to transcend the boundaries of the small Self in order to connect with the greater collective.

The Leo/Aquarius polarity is an important one for the Baby Boomers with Pluto in Leo, a placement which has led to a fanatical and sometimes destructive (Pluto) obsession with developing, improving and acclaiming the individual Self.  Every sign is balanced by its opposite, and each sign has its strength and its weaknesses.  When we are bound by our attachment to an intense focus on our own life (Leo) we are unable to see the Universe around us and the way each of us is interwoven with every other being on the planet.  This is the lesson of Aquarius. Aquarius has its own negative attributes, which include a coldness and lack of emotion or true connectedness.  This coldness is balanced by the warmth and generosity of Leo.

At the Full Moon we find ourselves positioned on the see-saw of this polarity and must find balance between the two. Aquarius is ruled by Uranus, the planet that connects us to multidimensional layers of human consciousness.  The Uranian theme in this Full Moon is particularly strong since Uranus forms a harmonious sextile to the Sun and trine to the Moon, offering a doorway of ascension and expanded awareness. Meanwhile Jupiter, which has been stationary as it prepares to change direction, also harmonizes with the Sun and the Moon AND Uranus, so there is a continued opening vortex of expansion. This is a major change from the earlier Capricorn practicality that we saw earlier in the month, although Saturn forms a square to the lunation and maintains an anchored presence in the midst of cosmic consciousness. Jupiter is especially powerful now since it is preparing to change direction on the 30th and meanwhile is at a virtual standstill in the sky, shining a beam of positive energy in our direction. So this Full Moon is particularly mind-blowing and can carry us to new levels of awakening if we are able to pay attention and utilize these energies rather than become overwhelmed by them.  Letting go of the bounds of ego (Leo) can  be frightening, but when we do let go we find ourselves more connected to our true Self than ever before and THIS is the lesson of the Leo Moon.