Full Moon in Scorpio and the first eclipse of 2013

Full Moon in Scorpio and the first eclipse of 2013 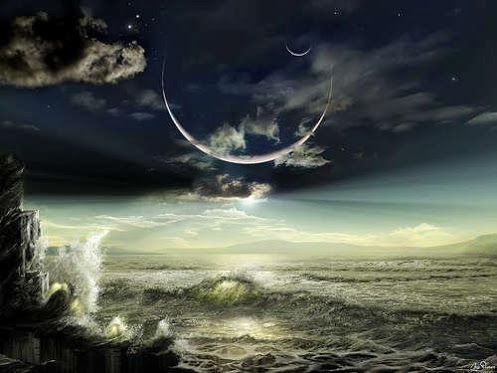 Today’s Full Moon is a powerful one, as I was reminded when it shone through my window and brightened the room into full daylight.  As in every Full Moon, the Sun is opposite the Sun which is in Taurus.  This creates a need to find balance between the equanimity and stability of Taurus with the need for deep regeneration and soul processing of Scorpio.  This Full Moon is a time of going deep within to confront whatever monsters lie deep in the psyche so that they can be put to work for us rather than lurking in the darkness.

Scorpio is a water sign, but its traditional ruler is Mars which is the fire planet so Scorpio also adds a fiery and passionate side to the watery realm of feelings and intuition.  With the Sun still in a conjunction to Mars until early to mid-April, the fire of the past month has not totally subsided.  Still, when the Sun and Mars both moved into Taurus a few days ago there was a grounding of all of that fire that can help promote relaxation and a reduction of stress.

This event is an eclipse because the Sun and Moon are 11 degrees from the lunar nodes.  Eclipses are significant because of this nodal connection – the nodes of the Moon are simply points in the sky that mark the passage of the Moon around the solar orbit (ecliptic), but in astrological symbolism the lunar nodes are connected to fate.  Not always, but often something arises during an eclipse that is later seen to be a pivotal point in our lives.

The tighter the connection of the nodes to the lunation (Sun/Moon aspect), the more powerful the eclipse.  Astronomers give a wide orb of 15 degrees to an eclipse, but from this astrologer’s point of view the psychological impact is strongest when the nodes are closest to the lunation.  This eclipse is a partial eclipse of the Moon so its personal impact will likely not be stronger than a “normal” Scorpio Full Moon, which is powerful enough.

Saturn is tied into this Full Moon which suggests that this is a time for isolation and solitary work rather than group celebrations.  The square of Uranus to Pluto is tightening now, and this is embedded in the chart of the Full Moon which means that there is a tremendous energy now for letting go of something in the past to make way for a radical change that may be shocking and surprising.

Still, Chiron and Neptune are linked harmoniously to both Sun and Moon, aiding in the healing and restoration of the soul as it takes the Scorpionic journey into the Underworld, and with Chiron in a harmonious sextile to Venus, our relations with others can experience healing as well.

Any Scorpio or Pluto cycle forces us to face our fears and let go of our hesitations.  This Full Moon is no time for superficial fluff – it’s a time of depth and intensity and letting the soul do the talking.