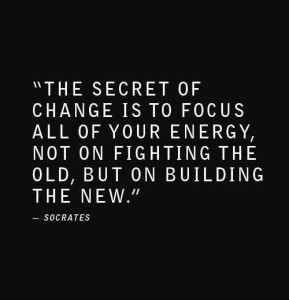 On August 31st the Moon in Cancer opposed Pluto in Capricorn, reuniting eight planets (including the Moon) plus the Lunar Nodes in a magical dance.  Echoing the Grand Sextile that occurred just a month ago, this alignment merges the powerful force of conflict and crisis with a more supportive and harmonious balance that facilitates the process of soul growth and evolution.

We are nearing the midpoint of the challenging square (90 degree) alignment between Uranus and Pluto that began officially in June of 2012 but the energy really began forming back in 2011 when the planets began to dance in close proximity to each other.  (Please see the sidebar for an explanation of this cycle if it is new to you.)  With seven exact stations, this cycle will continue into early 2015 and continue to inspire the breaking down of structures that are no longer working (Pluto in Capricorn) by the radical influx of new ideas and a desire to break away from the past to a more individualized future (Uranus in Aries).

This summer’s Grand Sextile, and the Grand Trine (involving Jupiter, Saturn and Chiron/Neptune) that encompasses it, provide a soft landing in which these changes can take place.  The Grand Sextile includes a series of sextile (60 degree) formations which contain an element of excitement and stimulation – this not only can make change easier but it can also help us to look forward to the new energy that is flooding our lives, helping us to release our futile resistance.

The Grand Sextile will wane over the next few weeks, but the Grand Trine will continue in effect for some time giving us an opportunity to walk through the doors of change willingly, leaving the past behind.