Grand Trine in Water and other planetary news

Grand Trine in Water and other planetary news 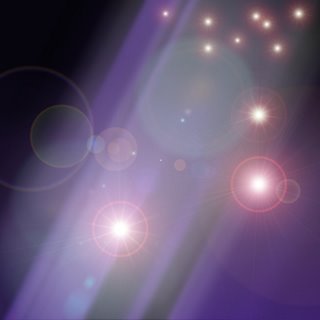 Mars joins Uranus and Jupiter tomorrow, forming a Grand Trine in the water element. Grand Trines occur when three planets form 120 degree angles to each other, creating a large triangle. Trines have an easy, flowing energy – they facilitate processes and create a comfortable dynamic. For this reason they were long considered “good” or favorable aspects as opposed to the “hard angle” (90 degree and 180 degree) aspects which were considered “bad” or unfavorable. However, we can get lost in trines – the danger is in becoming so comfortable that there is no energy available to us. However, this Grand Trine involves Mars (aggression and drive) in family-loving Cancer, which will add a dynamic component because of the fiery nature of Mars, even in the emotional sign of Cancer. In water, the Grand Trine indicates a free flow of emotions and an ability to tune in and be receptive to others. Water is empathic, flowing, compassionate.

The Uranus/Jupiter trine brings together the two planets that are most concerned with liberation. Jupiter represents expansion, opportunity, and the expression of shared beliefs such as theology and philosophy. Uranus instigates a break from conventional and mundane reality, representing innovation, radical change, and unusual behavior and beliefs such as astrology. Jupiter in aspect with Uranus brings about a break (Uranus) from conventional morality (Jupiter), an expansive (Jupiter) sense of freedom (Uranus) to follow one’s own destiny and path. This Uranus/Jupiter cycle began in December and we are currently in the second phase of the cycle, which will conclude in August.

Venus (relationships) enters energetic Aries on May 3 and begins to move into a trine to Saturn in Leo which will be exact on May 7. Saturn adds stability and security to Venus, cementing commitment and adding a level of responsibility that Venus in Aries is not normally accustomed to. In the fiery signs Venus tends more to be somewhat self-oriented, but this will be toned down by the watery Grand Trine that will soften all of our hard edges for the first 10 days or so of the month. Mercury (communication) in Aries trines Pluto (intensity and secrets) during the first few days of the month, opening up communication pathways that encourage greater openness between people.

Mercury leaves Aries for the fixed and earthy sign of Taurus on May 5, and intellectual positions (Mercury) become more entrenched and less negotiable (Taurus). Two days later Mercury squares restrictive Saturn, causing a bit of negativity to enter the picture. However, the trine of Mars to Jupiter and Uranus (see above) is exact this same day which will add energy (Mars), opportunity (Jupiter) and surprise (Uranus) to all situations, offering new ways to resolve old problems.