A portion of this article is reposted from previous work 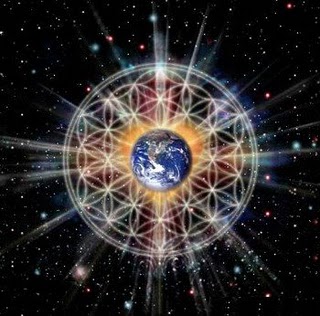 Each of these “triplicities” as they are called has a different energy. The cardinal signs demonstrate leadership, they initiate action, each in its own way according to its element (fire, water, earth and air). The fixed signs are stable, rooted, grounded. In many ways they are the most powerful because they don’t blow off steam like the cardinal signs, and they are not tempted to lose themselves through adaptability like hte mutable signs can. The ancient Celtic peoples found the mid-point of the fixed signs to be magical and called them the “Gates of Power.” The first “Gate of Power” in the year occurs in the mid-point of Taurus, which technically does not occur until May 5 this year when the Sun reaches 15 degrees Taurus..

The ancient Celts called the first cross-quarter festival Beltane, from the ancient word for “bright fire” which honored the god Bel, the god of solar light. On the eve of Beltane, bonfires were lit throughout the land to invoke protection for the crops and farm animals for the coming year. Beltane was a fertility festival, and marriage vows were often lifted for just one night. The dance around the Maypole is a clearly phallic symbol calling for fruitful fields and families.

In the middle ages, Mayday became a time for the craft guild to celebrate the patrons of their craft, and later trade societies and then unions celebrated Mayday as their holiday. May 1st later became the holiday of trade unions after a general strike and riot in Chicago resulted in the establishment of the eight hour workday which is now commemorated by International Workers Day on May 1.

The first Full Moon in May is also honored by some Buddhist traditions as the Wesak festival which celebrates either Buddha’s birth, death, or the time at which he became enlightened. Wesak is traditionally celebrated according to the Chinese lunar calendar as the Full Moon of the Fourth Month. However, the World Fellowship of Buddhists in 1950 passed a resolution requesting heads of governments to standardize the celebration in the Full Moon in the month of May which in 2010 is May 27.

Regardless of what we celebrate and how, both of these celebrations fall in the month of Taurus where the Earth can be celebrated as a living deity. Although Venus is the traditional ruler of Taurus, I personally look at Earth as a more appropriate ruler of Taurus, which is associated with the pleasures and riches of our planet. Beltane is the Celebration of Bel, the god of light, and Wesak is the festival of light. Let us this weekend honor the light that resides within us that shows us the way, the light that resides in those around us so that we may respect and honor every living being, and the light of the earth and the Sun that feeds and sustains us.