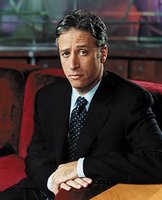 Blow a candle out for everyone’s favorite fake news anchor, Jon Stewart! To me, Jon Stewart is the most trusted name in news, fake or not, aside from my sister Jill. His humorous yet pointed skewering of political figures has done more to keep the media on the straight and narrow path than any other public figure, in my humble opinion!

Jon’s sun sign is Sagittarius, the sign of the philosopher, the humorist, and the adventurer, and his Sun is conjunct Mercury, the planet of information and communication. Sun/Mercury people are mobile, rarely stand still, and adept communicators and Jon is no exception. Jupiter in his chart is in Pisces, showing that his longing for meaning in life (Jupiter) is closely tied to a sense of compassion for others (Pisces), and that his religious experience (Jupiter) must be tied to a genuine experience rather than mere theology (Pisces). With Jupiter making a square to Sun/Mercury, though, he can be somewhat dogmatic about his beliefs but with several planets in lighthearted Sagittarius he does not take himself all that seriously

Pluto (power and transformation) and Uranus (rebellion) both make a square to Jon’s Sun (identity and personal spirit), showing a person who makes his own way and dislikes being told what to do (Uranus/Sun) and constantly reinvents himself (Pluto/Sun). His Mars (drive) in Leo (self-expression) shows a strong flair for drama and a desire to be on the stage. Born Jon Stuart Leibowitz, Jon dropped the Leibowitz at an early age and created a new identity (Pluto/Sun) for himself as a comedian (Mars/Sag).

Jon’s Venus (relating to others) is in Scorpio, showing a passionate nature where others are concerned, but the fact that it is retrograde shows that he may be shy about expressing his feelings, or desires his relationships with others to be hidden. Certainly he appears to enjoy keeping his private life private!!

Saturn, the god of goals and achievement, is simultaneously making a trine (harmonious aspect) to Jon’s Sun and opposing (challenging aspect) natal Saturn in Jon’s birthchart this fall and next spring. His second child will be born during this period, and he is likely to feel overworked (Saturn/Saturn). We may see him introduce changes in the show that will afford him more freedom as his attention is drawn more into his private life when Uranus (freedom) transits his Venus (relationships) late next spring. Hopefully, though, he will keep bringing us his own unique brand of humor and political zingers!!