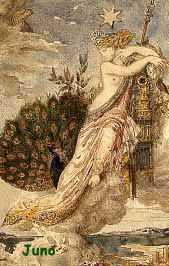 The history of Valentine’s Day is a fascinating one. In its zeal to replace the beloved pagan gods with Christian saints, the historical truths were often stretched in order to create the appropriate qualities to be worshiped in the stead of the old gods. A variety of legends have survived concerning the origin of St. Valentine, but most agree that he was executed some time in the 3rd century C.E. It’s difficult to fathom what in these legends constituted saintly behavior, but Valentinius was promoted to the rank of Saint in the 5th century C.E. by Pope Gelasius I just in time to replace the pagan festivals of mid-February.

Some sources say that Pope Gelasius I wanted a holy day to replace Lupercalia, the celebration for the god Lupercus, the god of fertility, but others deny any such connection. It is more likely that Valentine’s Day replaces the festival of Februa, also known as Juno Februa, mother of Mars and the patroness of marriage and fertility. Legends of these two festivals have been combined in the histories, and februa has been defined as the instruments of purification used by young men in the Lupercalia festival. However, this may have been early disinformation by the patriarchal church to minimize the power of the goddess Juno whose passion was not appreciated by the early Roman Church.

Whatever the origins of February, Valentine’s Day is a good time to remember those you love: family, friends, husband, wifes AND lovers.