Happy Yule and Christmas, and preparing for the New Year
Around this time of year people always ask about the astrological meaning of the Star of Bethlehem, and an MSNBC article presents a compelling case for the actual birthdate of Jesus based upon the astronomical Star of Bethlehem:

Historical records and modern-day computer simulations indicate that there was a rare series of planetary groupings, also known as conjunctions, during the years 3 B.C. and 2 B.C. [astronomical groupings, not zodiacal.]
The show started on the morning of June 12 in 3 B.C., when Venus could be sighted very close to Saturn in the eastern sky. Then there was a spectacular pairing of Venus and Jupiter on Aug. 12 in the constellation Leo, which ancient astrologers associated with the destiny of the Jews.
Between September of 3 B.C. and June of 2 B.C., Jupiter passed by the star Regulus in Leo, reversed itself and passed it again, then turned back and passed the star a third time. This was another remarkable event, since astrologers considered Jupiter the kingly planet and regarded Regulus as the “king star.”
The crowning touch came on June 17, when Jupiter seemed to approach so close to Venus that, without binoculars, they would have looked like a single star.  The whole sequence of events could have been enough for at least three astrologers to go to Jerusalem and ask Herod: “Where is he that is born King of the Jews, for we have seen his star in the east and are come to worship him.”

In any case, this is a magical time of renewal as we come through the darkest part of the year and move into the light after the Solstice.  For me, it’s a time when I prepare for the new year by looking back over the past year to see what worked, what didn’t work, where I am in my life and what I would like to bring of in the coming year. I’ll be writing more about that over the next few days and perhaps you will join me! Meanwhile, a blessed holiday to all. ❤️
Share this article...
By Lynn Hayes|2022-12-25T08:27:08-05:00December 25th, 2022|Holidays|1 Comment 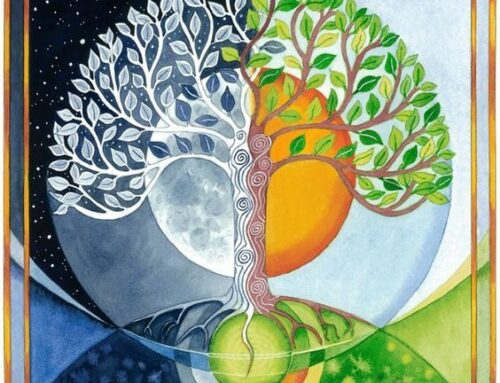