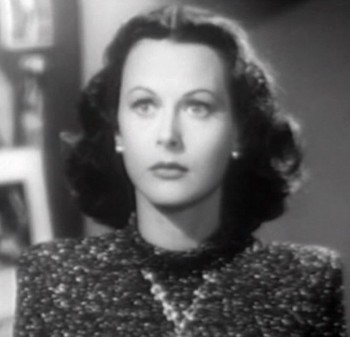 I recently watched this documentary on Netflix about the glamorous actress Hedy Lamarr who was not only the most beautiful actress of her day, but also a brilliant inventor whose early discoveries resulted in the WiFi and Bluetooth systems that we use today.  Along with her colleague George Antheil, she came up with the idea of a “frequency hopping mechanism” to control armed torpedoes.  The two filed for a patent, and the information from the patent was provided to the US Navy who then gave it to a contractor to bring to fruition.  Although she was not recognized for this invention until 1997, her ideas form the basis of much of the communication systems we use today.

I find her story a tragic one – despite her great beauty she was frustrated in her attempts to have an intellectually satisfying life.  If she was born in today’s world, 100 years later, her life would have been much different.  We often forget to appreciate the opportunities that women have today that would have been unheard of a century ago, or even 50 years ago.

Finding a date of birth for a film star of the early twentieth century is not easy.  Before Wikipedia, the biographies of celebrities were fabricated, often with assumed names and falsified birth dates.  Ms. Lamarr claimed she was born in 1915, but most biographies give 1914 as the year of birth.  Some, including the Encyclopedia Brittanica, give 1913 as the birth year.  Note: astro.com gives a birth time of 7:30 pm but it is sourced “from memory” and I have not utilized this time in my analysis as memory is not always reliable.

Hedy Lamarr’s natal astrology chart shows a conjunction of the Sun to Mercury, the planet of the mind, both in the probing sign of Scorpio which relishes research and investigation.  I have noted that virtually all individuals with this planetary combination are intelligent to the extreme.  The three planets in Scorpio explain her passionate nature as well as the drive which impelled her to leave pre-war Austria and seek success in the United States. Biographers have focused on her sexual exploits, but her intellectual achievements have been pushed to the side until now.

Inventors and scientists often have a strong Uranus or Aquarius signature in their chart, and Ms. Lamarr was no exception.  Uranus is the planet of innovation and breaking through existing paradigms, and as the modern ruler of Aquarius it brings this idea of invention and radical new ideas into the mainstream.  Jupiter, the planet that gives life meaning, was in the sign of Aquarius in her chart and it also conjoined Uranus, also in Aquarius.  This is a “double whammy” of Aquarian brilliance which clashed with a powerful force against the Scorpio Sun/Mercury, echoing the clash within Ms. Lamarr between her own passions and drives against her desire to be recognized for her intellect.

Ms. Lamarr had Venus in Sagittarius, revealing a desire to be free to seek her own adventures.  Her Scorpionic passionate nature would have conflicted with this desire for freedom and made marriage a challenge and in fact she was married and divorced six times and lived the last 35 years of her life as an independent woman.  (Venus in her chart also made a challenging square to Juno, the asteroid of marriage, which didn’t help.)

I’ve chosen some quotes which reflect the essence of Ms. Lamarr’s chart as discussed here, and offer them here for you to enjoy.