Here’s why economists should learn astrology

Here’s why economists should learn astrology 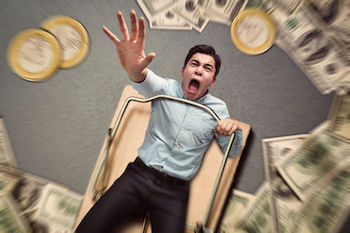 From the New York Times:

If only we’d had more power, we could have kept the financial crisis from getting so bad.

That has been the position of Ben Bernanke, the Federal Reserve chairman, and other regulators. It explains why Mr. Bernanke and the Obama administration are pushing Congress to give the Fed more authority over financial firms.

So let’s consider what an empowered Fed might have done during the housing bubble, based on the words of the people who were running it.

In 2004, Alan Greenspan, then the chairman, said the rise in home values was “not enough in our judgment to raise major concerns.” In 2005, Mr. Bernanke — then a Bush administration official — said a housing bubble was “a pretty unlikely possibility.” As late as May 2007, he said that Fed officials “do not expect significant spillovers from the subprime market to the rest of the economy.”

The fact that Mr. Bernanke and other regulators still have not explained why they failed to recognize the last bubble is the weakest link in the Fed’s push for more power. It raises the question: Why should Congress, or anyone else, have faith that future Fed officials will recognize the next bubble? …

When Mr. Bernanke is challenged about the Fed’s performance, he often points out that recognizing a bubble is hard. “It is extraordinarily difficult,” he said during his Senate confirmation hearing last month, “to know in real time if an asset price is appropriate or not.”

Most of the time, that’s true. Do you know if stocks will keep going up? Is gold now in the midst of a bubble? What will happen to your house’s value? Questions like these are usually an invitation to hubris.

But the recent housing bubble was an exception. By any serious measure, houses in much of this country had become overvalued. From the late 1960s to 2000, the ratio of the median national house price to median income hovered from 2.9 to 3.2. By 2005, it had shot up to 4.5. In some places, buyers were spending twice as much on their monthly mortgage payment as they would have spent renting a similar house, without even considering the down payment.

More than a few people — economists, journalists, even some Fed officials — noticed this phenomenon. It wasn’t that hard, if you were willing to look at economic fundamentals. You couldn’t know exactly when or how far prices would fall, but it seemed clear they were out of control. Indeed, making that call was similar to what the Fed does when it sets interest rates: using concrete data to decide whether some part of the economy is too hot (or too cold).

And Fed officials could have had a real impact if they had decided to attack the bubble. Imagine if Mr. Greenspan, then considered an oracle, announced he was cracking down on wishful-thinking mortgages, as he had the authority to do.

So why did Mr. Greenspan and Mr. Bernanke get it wrong?

The answer seems to be more psychological than economic. They got trapped in an echo chamber of conventional wisdom. Real estate agents, home builders, Wall Street executives, many economists and millions of homeowners were all saying that home prices would not drop, and the typically sober-minded officials at the Fed persuaded themselves that it was true. “We’ve never had a decline in house prices on a nationwide basis,” Mr. Bernanke said on CNBC in 2005.

He and his colleagues fell victim to the same weakness that bedeviled the engineers of the Challenger space shuttle, the planners of the Vietnam and Iraq Wars, and the airline pilots who have made tragic cockpit errors. They didn’t adequately question their own assumptions. It’s an entirely human mistake.

Which is why it is likely to happen again.

What’s missing from the debate over financial re-regulation is a serious discussion of how to reduce the odds that the Fed — however much authority it has — will listen to the echo chamber when the next bubble comes along. A simple first step would be for Mr. Bernanke to discuss the Fed’s recent failures, in detail. If he doesn’t volunteer such an accounting, Congress could request one.

As we know, the inflationary fervor of the period between 1995 and 2008 was fueled by the compulsive (Pluto) expansiveness (Sagittarius) that occurred when Pluto was traveling through Sagittarius.  As soon as Pluto entered the practical and grounded sign of Capricorn, the quicksand under the economic growth which had been fueled by inflating home prices and debt, disappeared and the foundation crumbled.

The fact that, as this author says, the problem is more psychological than economic, is where astrology can be so useful.  When we track the planetary movements we get a sense of where the mass psychology will be heading.  The conjunction of Jupiter to Neptune throughout most of 2009 has kept the stock market rising despite the grim economic news, and next spring’s conjunction of Jupiter to Uranus will probably inflate another bubble.  But underlying these effects are the continuing influences of Capricorn Pluto (and Saturn, which entered Libra last fall and has been in a challenging aspect to Pluto ever since).  These two grim reapers demand nothing less than a diligent application of smarts and effort to solve real problems, not to indulge in fantasies that the economic growth of the past years will ever return.  That growth was fueled mostly by consumers spending the equity in their homes, and much of that has disappeared.

This is a time for practicality – and yes, for rules and regulations.  Saturn (and Capricorn, the sign with which Saturn is associated) LOVES rules and restrictions, and generally rewards us when we adhere to them.

Congress, are you listening????