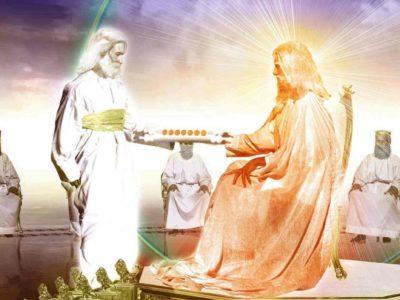 I posted this a few years ago but it’s still my favorite post for this time of year.  Because the earth orbits at a slight tilt, and the tilt of the orbit changes over time, the celestial equator is always moving and the vernal equinox is always moving along the ecliptic, the apparent path of the Sun around the Earth from our perspective.  We call this the “Precession of the Equinoxes,” and that is what we mean when we talk about the Age of Aquarius, the Age of Pisces, etc.