How to interpret the opposition of Saturn and Uranus

How to interpret the opposition of Saturn and Uranus 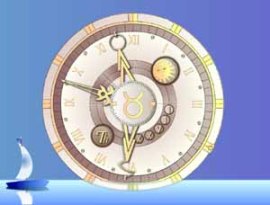 Marco, a new reader, writes: ” I was looking for more information re: the saturn/uranus opposition and found you. However, what I was seeking was a more specific study of the impact of this phenomenon as it comes in contact (particularly through opposition/conjunction) with major planets in an individual chart. What is the impact of this duality when it squeezes native Jupiter, say, in its axis? Hope you’ll take up the challenge for us.”

When I began studying astrology and doing charts, one of my bibles was Sakoian and Acker’sThe Astrologer’s Handbook.  This is, in my opinion, one of the best and most comprehensive “cookbooks” for astrological aspects in the chart.  My bible for looking at planetary transits was and still is Rob Hand’s Planets in Transit,a masterwork of cookbook interpretations for every planet (Chiron is not included, this book was published the year before Chiron’s discovery).  I still learn something when I read an interpretation from Rob’s book.  An online cookbook that I find has excellent interpretations is the database on the Astrology Weekly website

An astrology “cookbook” is a compendium of explanations for any individual astrological phenomenon. For example, when the Sun conjuncts the Moon in the natal chart, taken by itself, denotes someone whose conscious mind and sense of Self (Sun) is fused with the emotional nature and sensitive side of the individual (Moon), but it can be difficult for the individual to gain perspective over their life because their perception is colored so greatly by their emotions. How we interpret this depends a great deal on the rest of the chart, and whether the Sun or the Moon is stronger.  If the Sun is stronger, (say with the Sun and Moon in fire signs),  this person will be focused more on individuation.  If the Moon is stronger (say the Sun/Moon conjunction is in Cancer), the focus will be more on integrating the emotions.

The problem with cookbooks is that while they are excellent for beginners to learn some of the ways that the planets interact with each other, the problem is that this single interpretation only tells part of the story and depending on the chart, it may be a very small part of the story.  This is why computerized astrology reports can only go so far.  Let’s take that Sun/Moon conjunction, but let’s put them in the airy sign of Aquarius, where there is a more rational approach to the emotions and to life in general.  The picture now is of an individual who is more remote by nature which gives them a greater sense of perspective from their emotions than they would be with the Sun and Moon in watery Pisces, which seeks to lose itself in the realm of emotions and transcendence.  Add to this Aquarian Sun/Moon conjunction a square from Mars in Scorpio, and you get a person whose assertiveness (Mars) becomes very emotional and creates a conflict between the intensity of their passions (Scorpio Mars) and their desire for a more transpersonal experience (Sun/Moon in Aquarius).

Obviously, this kind of depth of interpretation is extremely complicated and takes years to master.  But in the long run, learning to really understand the dynamics of the chart and how they operate and THEN put them together, will better serve the astrology student’s ability to accurately interpret a birthchart.

I’m not saying toss out the cookbooks and astrology reports because they’re a good place to start.  But consider them like training wheels, and remove them when you’re ready to dive deep.

So to answer Marco’s question about how the Saturn/Uranus opposition will affect a person when it squares Jupiter in their chart, the answer is, it all depends.  Generally, Saturn creates contraction and restriction, and Uranus creates a rebellious desire for change.  The opposition requires that we find a balance between the two.  Jupiter desires freedom, so the Uranian influence will exacerbate that need for freedom, and Saturn will create pressures to limit the expansion.  Jupiter in this example will be in one of the mutable signs where it tends to have a more passive application.

In the chart of someone with Sagittarius rising and a Leo Sun/Moon conjunction, say, which is a more fiery chart that seeks independence and expression of Self, that Saturn influence will likely feel uncomfortable and the battle  between change and stasis will be harder to keep in balance.  But if this individual’s Jupiter is in Virgo, where their success and faith (Jupiter) comes through the details of life in a cautious manner (Virgo), that will improve their ability to optimize this transit.  If Jupiter is in Sagittarius, however, it will likely be a struggle.

Put that same transit in the chart of a Virgo with Saturn trine the Sun, with that Virgo Jupiter and you have someone who will find new ways (Uranus) to apply a disciplined approach (Saturn) to the matters of their life.  If this person’s Jupiter is in Sag, though, there is already a conflict inherent in the chart between the longing for freedom of the Sag Jupiter with the Virgo need for caution and adherence to details.

So really, it all depends!  This is why I love to do celebrity profiles.  It gives me an opportunity to showcase how astrological interpretation is accomplished, and hopefully add some insight for my readers.  If people are interested, we may want to highlight charts of actual readers for this discussion.