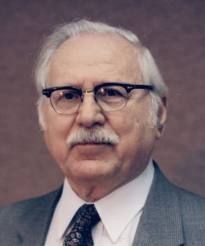 I just discovered that Zecharia Sitchin died on October 9th.  Sitchin was the author of many books translating ancient Sumerian texts which appeared to describe the settlement of Earth by ancient astronauts.  Though ridiculed by many, Sitchin’s work has been extremely influential.  Sitchin, aged 90, would have experienced his “Pluto opposition” this year, a time when Pluto in the sky opposes Pluto in the chart.

Sitchin, with the Sun in Cancer (born July 11, 1920, time unknown, Azerbaijan), had a triple conjunction of Mercury, Neptune and Jupiter, all in Leo.  Mercury in Leo can be forceful with one’s opinions and doesn’t back down easily when crossed, although his Cancerian Sun and Venus would have been more sensitive to the huge amount of criticism he received.  The combination of Mercury and Neptune is extremely imaginative and has a facility with languages, and the addition of Jupiter helps to expand the imagination and encourage “out of the box” thinking.

Sitchin was an important influence for those of us who seek to understand our world on a more complex level than the superficial, and he will be missed.

Actor Charlie Sheen is a frequent favorite of tabloid journalism.  Accused of 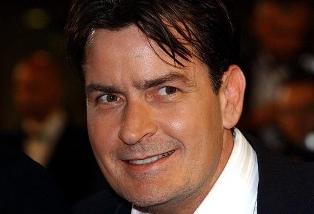 beating up ex-wife Denise Richards, accused of threatening soon-to-be ex-wife Brooke Sheen with a knife, and yesterday reports emerged that Sheen was rushed to the hospital in the early hours of the morning after Plaza hotel staff in New York  found him drunk and disorderly, yelling and damaging $7,000 worth of hotel furnishings.

Sheen is a great example of why we should never look at just Sun Signs in astrology.  Sheen is a Virgo, the sign of modesty and order – qualities which appear to be lacking in his public persona.  However, his Sun is part of a triple conjunction that includes Uranus (rebellion) and Pluto (destruction), and that triple conjunction is opposite Chiron (emotional wounds) and Saturn (tests and challenge).  This is a huge planetary system that is difficult to manage for anyone because of the amount of emotional pain (Chiron/Saturn/Pluto) that must be managed in order for the individual to attain the level of growth for which they are intended.  This is an aspect of pure transformation but it requires hard work and self-analysis, something that isn’t easy to achieve in superficial Hollywood.

Transiting Jupiter and Uranus have been in a challenging square formation to Sheen’s Moon, irritating (Uranus) the natural buoyancy of his Sagittarian Moon which opposes Jupiter in his chart, an astrological “double whammy” that combines expansiveness and confidence (Jupiter/Sagittarius) with his emotions (Moon).  Sheen is a peculiar combination of arrogance and emotional distress; a combination that is not easy to resolve.