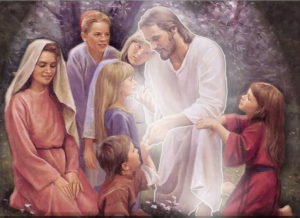 I finally watched the documentary produced by Titanic director James Cameron connecting ossuaries found in a tomb in Talpiot Israel to the family of Jesus of Nazareth. I confess to having a predisposition to believe the story because it aligns nicely with my own thinking and with what I have expected from Pluto’s final travel through Sagittarius before entering Capricorn next year. Pluto creates chaos and upheaval in whatever sign it moves through, and since 1995 when it entered Sagittarius we have seen this kind of chaos in religion (including an amplification of religious wars) , travel (including attack (Pluto) with planes (Sag) areas of life that are ruled by Sagittarius.

Pluto also reveals secrets, and one of the biggest mysteries in our world today concerns what actually happened in Jerusalem 2000 years ago. Scriptures have been retranslated and edited over the last 2000 years in order to fit the theological fashion of the day, and the actual history has been erased forever.

Long before the DaVinci code, my reading had convinced me that Jesus and Mary of Magdala would have had to be married. Jesus was a nice Jewish boy and a rabbi, and as a Jewish boy with a Jewish mother he would have been under enormous pressure to be married. The whole concept of celibacy among priests did not become a rule until the early fourth century CE; previous to that time the first pope, St. Peter, is known to have been a married man and subsequent popes and bishops were married, many with children. This became a problem as the early church began amassing property since children become heirs and inherited the priestly property. It was only after the early fourth century that church writers began to expound on the horrors of women and their sexuality.

There is no evidence of any celibate Jewish priests during the time of Jesus. Christian writers like to quote Jesus’s words as indicating a preference for celibacy when he said, “there are those who have renounced marriage for the sake of the kingdom of heaven.” But earlier translations reveal this quote to actually be “some have made themselves eunuchs for the sake of the kingdom of heaven.” Matthew 19.12 This is a good example that shows how retranslating the bible has twisted all of the original meaning out of the story in order. The eunuch statement follows a strict teaching about the sanctity of marriage and equates divorce to adultery, after which the followers of Jesus say “then it is better never to marry.” Jesus then makes the statement that some are born eunuchs and some become eunuchs by their own hand.

At the time that Jesus was teaching, the goddess cult of Cybele encouraged and may have required their priests, called galloi, to castrate themselves in order to appear more feminine. It seems likely that rather than espousing celibacy for his followers, Jesus is saying that only for those who are born eunuchs or impose this condition on themselves is celibacy an option.

Which brings me back to the Lost Tomb of Jesus and the criticism that has erupted since its announcement of the film last week. I have been listening carefully for a solid argument against the premise of the film, but so far it appears the main objections of the scientists and archaeologists interviewed are that there has not been enough research or criticizing the techniques of the filmmakers. The overwhelming critical response is not surprising: there are more Christians (33% of the world population) than any other religion, and Christianity is based on the bodily resurrection of Jesus. Yet the arguments against the idea that Jesus had a family are typically like this one: “Jacobovici and Cameron would apparently have us to ignore all the well-rehearsed arguments against a case like theirs. If Jesus was married, Paul would have said so in 1 Corinthians 9:5.”

One of the more interesting points of the film was the likelihood that Mary of Magdala may have become a respected priestess of Jesus’s teachings after his death, a concept that rehabilitates Mary’s reputation from the whore of the bible to a woman with spiritual power. Long before the DaVinci Code the Nag Hammadi scrolls included a Gospel of Mary, indicating that she was in fact one of the apostles with her own story to tell. If this is true, it is a major turnabout in the entire Christian epic that forces a question of the story as a whole.

Before anyone accuses me of being anti-Christian, I am a big fan of the teachings of Jesus. It is the religion that developed after his death, that enslaved and murdered millions of people over 2000 years, that I question. I am an equal opportunity critic of any religion that sets itself up to be The One for the sake of accumulating power in the world.