Jupiter and the stock market

Jupiter and the stock market 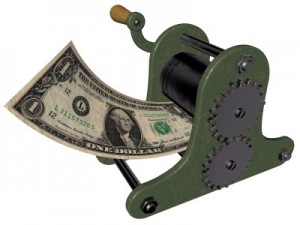 Conjunctions of the Sun with Jupiter are generally seen to be favorable indicators, but the Sun/Jupiter conjunction of June 19th was quickly followed by a precipitous drop in the US stock market.

Jupiter is expansive and confident and encourages us to expand beyond our usual limitations, and in Gemini Jupiter  tends to be curious and seek constant input and change.  There have been few astrological factors to put limitations on the markets which have continued to rise despite there being no real change in the economic situation other than that of perception and a potential real estate mini-bubble.

Armed with this Sun/Jupiter confidence, Fed Chairman Ben Bernanke announced that since the US economic situation was doing so well, the Fed would begin to pull back its bond purchase program known as “quantitative easing” which has pumped money into the markets and kept them artificially inflated.

Americans have short memories, but back in January 2008 when Pluto entered Capricorn, the sign of hard work and disciplined achievement of one’s goals, the “irrational exuberance” of the stock and housing markets came to a screeching halt.  Pluto is STILL in Capricorn, and under this influence reality takes a front seat.  The whole idea of propping up markets with manufactured money is unsustainable while Pluto is in Capricorn (through 2023).

Saturn, Capricorn’s ruler, has slowed down in preparation for its change of direction on July 8th when it will be in direct motion after a retrograde period.  That does bode well for the building a solid foundation upon which real growth can occur, especially during early July when Jupiter (optimism and expansion) and Saturn (hard work and building structures) harmonize in a trine aspect.  I would look to later in July when Jupiter begins to square off against Uranus and Pluto as a period which will be stressful economically.

This will be especially true in the United States since that difficult planetary configuration is in stress to an already challenging placement in the US chart (the Sun/Saturn square at 13-14 degrees Cancer/Libra).  I’ll be writing more about this in my July 4th update on the US Solar Return.

I would expect the next week to be a bit rocky until things settle because of the hyper-emotionality of the Full Moon and the shift of Jupiter into Cancer.