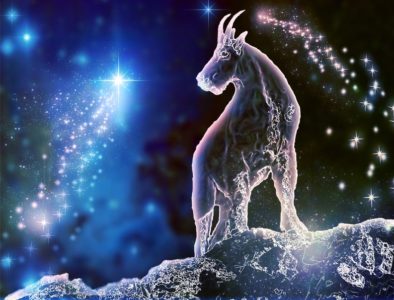 Jupiter, the planet of optimism and faith, will leave its own sign of Sagittarius for Capricorn on December 2, 2019.  Jupiter  teaches us to expand our horizons and to learn the value of positive thinking; under Jupiter’s influence we gain new confidence and the ability to trust that life is carrying us in just the right direction. When poorly aspected, Jupiter can inflict a reckless and overconfident approach to life resulting in complacency, but it’s safe to say that this virtually never occurs when Jupiter is in Capricorn.

Capricorn is the sign in which we put aside our small desires and our feelings and insecurities in order to master the material world.  Each sign reacts to the one before, and as a planet changes signs its influence shifts dramatically.  In Sagittarius, the sign of its rulership, Jupiter has reached a pinnacle of optimism which has contrasted nicely with the potential stress of Saturn, currently in its own sign of Capricorn.  Where Sagittarius is expansive and social but not always concerned with working towards a goal, Capricorn’s grounded nature can be hard and cold, with a drive to succeed.

Jupiter is said to be in its “fall” in Capricorn under the traditional debilities scheme: Jupiter’s natural tendency towards growth and expansion is curtailed under Capricorn’s relentless drive for a practical outcome.  That may sound “bad” because we are used to thinking of restriction and limitation as a bad thing but in actuality, the blend of faith and optimism with a practical drive to create effective structures virtually assures success and a life of greater effectiveness.   Jupiter inspires lofty goals, and these goals are more easily achieved when cloaked with the drive and grounded effort motivated by Capricorn.

As Jupiter makes its way through Capricorn we will see the melding of Jupiter’s optimism with Capricornian practicality, resulting in a more reasoned approach to all things Jupiterian: the media, religion, culture, and travel. Saturn and Pluto have both been in Capricorn since late 2018 which normally would have delivered a shot of reality into the mass consciousness which often seems to prefer the kind of blind optimism which we saw when Pluto traveled through Sagittarius between 1995 and 2008, bringing with it an “irrational exuberance” that led to a financial crash when Pluto entered Capricorn.

Saturn and Pluto came close to a conjunction in the spring and summer of 2019 but won’t officially collide until January, and it’s my feeling that the determinedly optimistic Jupiter in Sagittarius has been enabling a continued expansiveness in financial markets which will lead to a major contraction when Saturn and Pluto collide.  But there is a thread of concern that underlies the positive news, and the transition of Jupiter into Capricorn will at the very least slow the march towards an unsustainable expansion through more measured actions which will ultimately have a practical effect of building the kinds of solid structure for which Capricorn is well suited.

Jupiter in Capricorn will be extremely helpful in making things happen in our personal lives.  Even the least practical among us will be inspired by Jupiter’s ability to see the broader picture and create big goals, matched with the Capricornian skill in crafting effective structures through which our dreams can be achieved in very functional ways. Jupiter brings good luck and good fortune – while it travels through Capricorn that good fortune may be more difficult to achieve, but when it comes it will have real staying power and a stable foundation.

Here are the important dates for Jupiter in Capricorn: