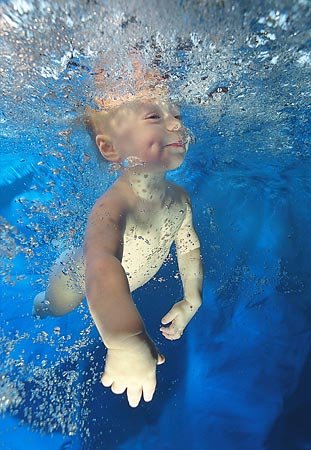 Jupiter enters Pisces tonight (Eastern time), beginning a five month period of either (a) an expanded awareness and consciousness of the divine creativity and wisdom that flows through us all, or (b) a trip into fantasy realms where reality hides behind rainbows and alternate universes.
On the positive side, the devastation in Haiti has evoked an unprecedented surge of generosity (Jupiter) and compassion (Pisces) in record numbers of donations and I believe that we will see this outpouring of divine love for our fellow human beings over the next five months.  Jupiter in Pisces is idealistic and imaginative, with a tremendous amount of creativity.  Jupiter tends to expand whatever it comes into contact with and can be an extremist.  In its role as divine arbiter of That Which Has Meaning in Life, in Pisces there can be a desire to lose oneself in a search for the greater good.  Stephen Arroyo’s excellent book Exploring Jupiter has a great quote by John Mason Brown:  “The only true happiness comes from squandering ourselves for a purpose.”  This quote aptly describes the joy that Jupiter in Pisces derives from diving headfirst into extremes.
Jupiter is the traditional ruler of Pisces (with Neptune being the modern ruler), and Jupiter and Neptune share an expansive view of the world, and a desire to bring true meaning into our lives.  However, Jupiter’s focus is more on the expansion of the Self through a pursuit of meaning and Truth where the Piscean desire to submerge the Self requires an annhilation of individuality.  It is here where trouble can occur.
Jupiter will only be in Pisces until May – it typically takes about a year to travel through a sign because it takes a few months to retrograde about once a year, but because Jupiter will not retrograde until it reaches the sign of Aries it will move through Pisces rather quickly.  Then it will return to Pisces in September and complete its passage through Pisces in mid-January.
For more on Jupiter in Pisces and its meaning in our life, check out the archive of today’s radio show on the subject.
Share this article...
By Lynn Hayes|2019-01-14T08:38:22-05:00January 17th, 2010|Planetary cycles|0 Comments