“Sometimes we stare so long at a door that is closing that we see too late the one that is open.” 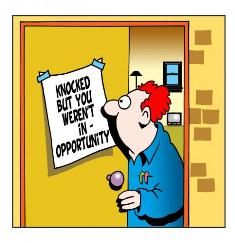 This morning as I was walking my dog I listened to a podcast of This American Life called “Million Dollar Idea.”  One of the stories was about Michael Larson, a perpetual seeker of “The Big Opportunity” who ended up beating a game show’s formula in 1984.  The game show was ironically titled “Press Your Luck.”

According to the program, Larson was always in search of that big opportunity that would bring him the big winnings.  Sadly, after he had his record-breaking game show win he subsequently squandered the money in a real estate Ponzi scheme and went on to lose the remainder of his savings and his wife after he was robbed of over $40,000 in $1 bills which he had saved in an attempt to win a radio contest.  He ended up an assistant manager at Walmart according to Snopes.com.

This story reminded me very much of Jupiter.  Jupiter inspires us to think big and to achieve greatness.  Jupiter, remember, was the king of the gods and I like to say that Jupiter in the chart shows where we would like to be king and how we can accomplish our goals and dreams.  Nothing in astrological symbolism is black or white, good or bad, and that is true for Jupiter too.

Jupiter’s domain also includes our belief systems and the philosophies that we develop to give our life meaning.  These theologies and ideologies become a part of our world view and are also associated with Jupiter.

I had a boyfriend once who refused to work a regular job, he thought that was beneath him.  Instead he had a vision of building a giant retreat center and spent most of his time and energy attempting to solicit multi-million dollar investments from investors.  (Unsuccessfully, I might add.)  Jupiter was in a square to Pluto (compulsion and power) in his chart and opposite his Sun. so the struggle to achieve something that was bigger than life was a major theme  that became a major flaw.

This concept of achieving something bigger than life can be a very positive one.  The ability to create a vision for a fantastic life is powerful and can be used to help others as well as ourselves.  But when that vision is driven strictly from ego it begins to take on a dark quality and the Universe seems to then refuse to cooperate in the achievement of our dreams.

Jupiter has been stationary for the past few days as it prepares to turn retrograde.  Jupiter turns retrograde every year or so and when it does it encourages us to look back over our dreams and wishes for success and abundance in our lives and re-evaluate whether they are really in harmony with our soul’s purpose.  As with any retrograde period, sometimes it feels as though we aren’t able to move forward as quickly as we would like.  But these periods of looking back are a crucial part of our personal growth and help us to fine tune our goals and our vision for how we want our life to become.

Those of us with Jupiter retrograde in our charts will recognize the quote I opened this post with.  That sense of looking backwards at missed opportunities can keep us from recognizing new opportunities when they arrive.  This danger is present for everyone when Jupiter in the sky is retrograde from our perspective on earth, so it is important to maintain a balance between looking back over the past and looking forward to the future.

Jupiter will remain retrograde until December 25th of this year. Jupiter is currently traveling through the sign of Taurus where it seeks meaning and gifts through comfort and the pleasures of the senses, as well as an improved relationship with the qualities of Earth.  The bounty of Nature can help us to become better attuned to our true selves during this period, a great gift that aids in giving clarity to the inner voice.