The Jupiter/Pluto dance: What it means for you

The Jupiter/Pluto dance: What it means for you 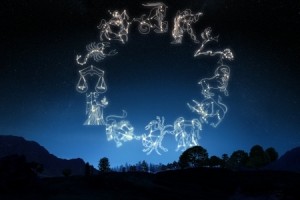 Jupiter, beloved by many as the planet of beneficent good fortune, is in Libra now where it is bringing its expansive qualities into the realm of diplomacy, beauty and a search for harmony.  This all sounds lovely, but things are about to get more intense as Jupiter is about to face off against Pluto, planet of ultimate transformation.

The first phase of this dance will culminate on November 24th but we are within range of its influence now.  Jupiter is King of the Gods, and inspires us to be our best selves. Under Jupiter’s influence we gain confidence and majesty and seek the success of our highest aspirations.  Pluto represents destruction of the old and regeneration into something new – in my theology Pluto represents the Higher Self – always guiding us to the highest expression of Self despite our own personal desires and whims.  So the dance between Jupiter and Pluto can be a powerful time of success and achievement of our dreams, or it can be one of inner conflict and ideological battles.

Under this influence any false veneer of polite agreement (Libra) will be exploded by Pluto’s demand for absolute Truth.  If we have worked to build a false self of superficial and artificial beauty (Libra), Pluto is likely to challenge you to greater authenticity.

Squares formations (90 degrees) are powerful, but not always “bad.”  Because they are strong influences, they challenge us towards greater personal transformation and can facilitate this transformation as well.  This planetary cycle of Jupiter square Pluto can bring enhanced vision (Jupiter) and greater influence (Pluto).  We may find our inner wisdom (Jupiter) deepened through significant inner work (Pluto).

On the global stage this could mean the takedown (Pluto) of kings and leaders (Jupiter), or challenges to their authority.  The last time Jupiter squared Pluto, in 1998 with Jupiter in Pisces squaring Pluto in Sagittarius, Bill Clinton (Jupiter – leader) was accused of sexual improprieties and his office threatened through impeachment (Pluto).  Mathew Shepard, a young gay man (Jupiter) was murdered (Pluto).  The Serbian civil war began in Kosovo and the second Congo war began, eventually the bloodiest war since World War II.

But it wasn’t all disaster – it was discovered that the Universe is expanding at an accelerating (Jupiter) rate, breaking (Pluto) a variety of scientified paradigms.  Viagra was first released, expanding (Jupiter) the ability of older men to have affairs with younger women (Pluto) – joke!!  The International Criminal Court (Jupiter) was established to prosecute war crimes (Pluto).  Google was founded, expanding (Jupiter) and transforming (Pluto) the nature of the Internet.

The second phase of this cycle will occur in March of this year and will coincide with another stressful aspect (opposition) to Uranus, effectively reviving the Uranus/Pluto square of the past eight years.  These will be interesting times!  The world is changing, and there is no room for the past to linger.