Kal Penn – the astrology of his sudden life change

Kal Penn – the astrology of his sudden life change 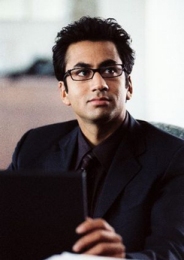 Kal Penn, born Kalpen Modi April 23 1977 (time unknown), has been acting since the age of 21.  After a successful film career (he is best known for his role as Kumar in the Harold and Kumar movies) he landed a regular television gig on the program “House” where he has been a regular cast member since the fall of 2007.

Recently Kal made news when his character on House, Dr. Lawrence Kutner, committed suicide.  He immediately announced that he was taking on the role of Associate Director of the office of Public Liaison in the Obama administration.

Penn’s astrological chart (also known as the birthchart, or horoscope) shows that he was born with the Sun in Taurus, which was in close proximity (conjunct) Chiron, which is also known as the Wounded Healer.  This planetary combination shows that Penn is a person who cherishes stability in life and doesn’t like change (Taurus), but that he has had difficulty establishing a sense of his own identity (Chiron conjunct the Sun).  With the Sun conjunct Mercury (which with its mercurial nature lends itself to taking on other roles) he has a natural facility for acting, but he has an extremely serious side as well.

Saturn, the planet of hard work and discipline, forms a challenging aspect to Penn’s Sun which suggests that he puts a great deal of pressure on himself to be successful.  Saturn is in Leo, which reveals that he is uncomfortable with attention and fame, despite the news reports that claim that Penn quit the House gig out of an attack of egomania.

The Taurus Sun desires a comfortable life that is stable and secure, and acting certainly provides a good income when one has a steady television career. But the serious side of Penn has always reached for something deeper and more meaningful.  In 2007 it was announced that Penn would be teaching undergraduate courses at the University of Pennsylvania.  It was around this time that his Moon progressed into Virgo which has a longing to be of service and to do meaningful work.  At the same time, transiting Pluto has been forming a trine to his Sun which is encouraging him to transform his life in order to better reflect his true self.