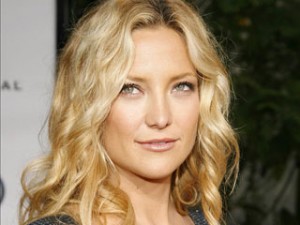 Kate Hudson started seeing Dax Shepherd on the rebound from her relationship with Owen Wilson last summer, and it is now reported that she has ended the relationship. While news reports claim that Kate broke up with Dax in order to spend more time with her children, the rumor mill reports that Kate is still in love with Owen and is trying to reconnect with him after his suicide attempt earlier this year. Perhaps this is idle speculation, but the Kate/Owen breakup was sudden and Owen’s suicide attempt was a dramatic event that no doubt created confusion in her mind.

I took a look at Kate’s astrological chart to see what the stars have in store for her. While Kate has the Sun in Aries, which gives her a tendency to be headstrong and willful, her Sun is on the cusp of Taurus, being less than a degree from that sign. This gives Kate more of a desire for stability and security than most Aries possess. She is also a romantic with Venus (describing her relationships) in sensitive Pisces. Pisces, being the sign of the dreamer and artist, is well suited to the planet of romance but a challenging aspect from Neptune in her chart gives Kate a tendency to live in a world of illusion where love is concerned.

Kate has both Mars (assertive instinct) and Mercury (mental process) in Aries in her chart, so the innocence and purity of the Aries sign is strong in her despite the fact that her Sun is on the cusp of Taurus. This strong Aries quality can be very impulsive as well as idealistic, and the combination of the headstrong Aries with the fantasy world of Neptune/Pisces can bring about quite a bit of confusion in a life.

The planet Pluto (death and rebirth) as it transits through the sky has been making a challenging aspect to Kate’s Venus over the past couple of years, beginning back in January and February of 2006. Pluto transits to Venus tend to create upheavals in our relationships as we are forced to leave behind any people in our life that are not serving our highest purpose. In early 2006 Kate Hudson began revealing in interviews that marriage was difficult, and in June, with Pluto coming back for a second time to hit her Venus, rumors erupted about her relationship with her “You, Me and Dupree” co-star Owen Wilson. Kate separated from husband Chris Robinson in August, and in November, during the final phase of the Pluto cycle, Robinson filed for divorce.

During this time Kate was going through another planetary cycle: a challenging transit of the planet Neptune to Uranus in her chart. Because Neptune can create confusion and cloud our judgement and Uranus is the planet in our chart that encourages us to be independent and break free of the status quo, this is a powerful cycle that evokes sudden change in our life if we are unhappy or restless. This cycle began for Kate around March of 2006 and was exerting an intense influence on her until July, coinciding with the filming of “You, Me and Dupree”. The second phase of this cycle is taking place right now, beginning in September and continuing throughout December.

In my earlier article I wrote about the astrological chemistry between Kate Hudson and Owen Wilson, and I suspect that we have not seen the last of this pairing. Owen Wilson is well known for his inability to make commitments, and in interviews he has expressed his sadness that he was unable to go the distance in previous relationships. Perhaps he will be able now to seek the help that he needs in order to resolve these difficulties and live happily ever after.