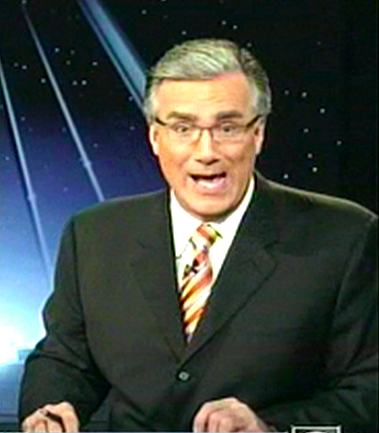 Whether you love Keith Olbermann or hate him, there is no doubt that he was a groundbreaking journalist during the administration of Bush II, reporting on stories that the mainstream media ignored and bringing a fresh new perspective to evening news.

You can read my original post on Olbermann here, and my post on his November suspension here.  There are rumors that he was fired, but that hasn’t been confirmed and news reports suggest that he has signed a nondisclosure areement.

It’s interesting that this happens just as Jupiter enters Aries, giving a new and more brash expression to Jupiter’s confidence and braggodocio.  Olbermann’s progressed Sun is at 29 degrees Pisces, preparing to move into Aries in a few months.  Jupiter just moved into Aries today, so Friday morning when the agreement to terminate Olbermann was signed Jupiter was at 29 degrees Pisces, sitting right on his progressed Sun (the exact transit occurred on January 18th).  In addition, the previous week (January 12th) transiting Jupiter made an exact trine to Jupiter in Olbermann’s chart, along with transiting Uranus.  This is a double whammy of expansion and new opportunities for change.

Transits of Jupiter generally serve to liberate us from something that has been stifling us.  Comcast is preparing to purchase NBC Universal, the conglomerate that owns MSNBC, and there has been talk for months of a political crackdown once that sale is finalized.

Transiting Uranus (rebellion and radical change will conjoin Olbermann’s progressed Sun in early March, stimulating him to engage in new and different projects that significantly alter his trajectory.  His progressed Sun moves into Aries in late September, beginning a new 30-year cycle.  Regardless of what happens, Mr. Olbermann is in for something completely new and different in this next phase of his life.