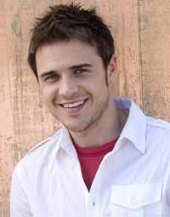 Kris Allen sped ahead of the pack last night to take home the American Idol crown in a surprise upset over Adam Lambert, who had been expected to win.  Allen’s surprising victory echoed last year’s surprise win by David Cook (profiled by me in this earlier article).

Kris has an interesting astrological chart that should blow away a few concepts.  First of all, five planets are retrograde in his chart, a phenomenon that is relatively rare but which has traditionally been associated with bad luck and an inability to achieve one’s goals.  While it’s true that retrograde planets can make it more difficult to move forward in one’s life because we are always being pulled back into the past, a strong intention and focus can overcome any planetary difficulty in the birthchart.

Kris has the Sun in Cancer, the sign of family ties and caring for others, and it opposes Neptune almost exactly.  Neptune/Sun aspects are often connected to an affinity for music and sometimes, depending on the rest of the chart, musical talent  (David Cook has a Sun/Neptune conjunction). When Neptune and the Sun combine there is also usually a strong spiritual component in the life.

With the Sun in shy Cancer and a Neptune/Sun opposition which can make it difficult to forge a strong identity, we would not have expected Kris to be someone who seeks the limelight.  His Leo Moon inspires a craving for fame and recognition, and to be celebrated for his talents, but it is squared by Saturn which inhibits him from seeking this kind of recognition.  Saturn also opposes Venus, which enhances this sense of inhibition and shyness.  But according to the judges, it was just that low-key sensitivity that won him the American Idol crown.

Evidently Kris only auditioned because his brother Daniel talked him into coming along with him, and Kris may never have gotten to the American Idol stage if it weren’t for Pluto.  Pluto is in a trine formation to the Sun in Kris’s birthchart which helps to keep him on a steady path of transformation in his life despite the retrograde planets and Saturn T-square system with the Moon and Venus.

Pluto is the planet of transformation, and transits of Pluto are often feared for their intensity and power to change our lives completely.  Pluto first began an opposition cycle to Kris’s Sun back in January of 2008, and the second hit of the cycle occurred in June, just before the auditions in July 2008.  By the time the results were announced in February of 2009, transiting Pluto was in a harmonious sextile formation to Pluto in his chart.

The harmonious Pluto cycles bring opportunity to let go of the past and begin a completely new phase of our lives.  Harmonious cycles are usually pleasant but they don’t normally bring about huge events like winning American Idol, but a combination of a harmonious Pluto cycle with a challenging one like the opposition of Pluto to Kris’s Sun create a dynamic force of events.

The victory by the soft-spoken Christian with conservative values over the more flamboyant and probably gay glam-rocker have raised a few eyebrows.  Is this a symptom of the culture war going on as symbolized by the ongoing opposition of Saturn in the sky (conservative values) to Uranus (change and innovation)?  Or is this just a question of American Idol voters preferring someone who is more like them, a really nice guy from America’s heartland with simple values, to a more flamboyant artist with clearly exceptional talent but who is less approachable? 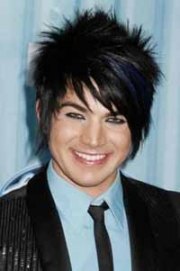 Adam Lambert has the Sun in Aquarius, and it conjuncts Mercury which is often seen as a planetary combination which signifies a desire to take on many roles including a more androgynous personality.  Aquarius has an open mind and embraces that which is different and new, and where Kris has that Saturn T-square which contracts and creates a desire for conservatism, Adam has a square of Jupiter (expansion, confidence) to his Sun.  He is not afraid to be who he is and to have that sense of Self be as large as possible.

Adam’s chart is being torched right now by the triple conjunction of Jupiter (good fortune), Chiron (wounding and healing) and Neptune (confusion and creativity) in a harmonious aspect to both Neptune and Pluto in his natal chart.  This is a significant time for him, and while he may not have won the competition I suspect that this is just the beginning for his career.