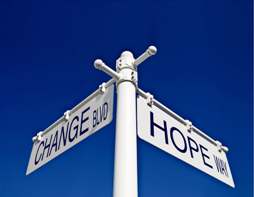 The US House of Representatives passed Obama’s health care bill last night, paving the way to the bill being signed into law.

Under the opposition of Saturn to Uranus which began in the fall of 2008 and will conclude this summer, it has been virtually impossible to obtain any kind of compromise between two opposing views. In the American political landscape this has occurred not only between liberals (Uranus) and conservatives (Saturn), but also between the left and right ends of each political party. The idea of compromise has become a badge of weakness rather than a time honored tool for moving through the gridlock of politics.

President Obama ran for office on a platform of bringing opposing views together so that change could occur, but the people that voted for him seem to forget that in order to achieve that kind of unification not everyone will get exactly what they want. Liberals have disowned him over the public option, which likely would have spelled the end of insurance companies as we know it. Conservatives have disowned him over the idea that the health reform plan will cost a lot of money to implement, forgetting that our current health care system will swallow us up in any case in the next decade.

The fact is, under Pluto in Capricorn there is no way to achieve financial stability without tightening our belts a bit and facing the hard realities of our situation.

Obama has some interesting planetary transits right now. Saturn has been transiting his progressed Sun which is completing a 30-year pass through Virgo and will soon (September) enter Libra, the sign of compromise and diplomacy. Perhaps his achievement of this health care bill will open the doors for him to achieve other goals that will unite the country under one leader, something we haven’t seen for many years. That’s not likely to occur as long as Saturn and Uranus are in opposition (the last phase of that cycle occurs next summer), and the conjunction of Chiron and Neptune is sitting right on the Moon in the US chart which suggests further heartbreak and confusion on the part of the people for the next year or two.

For myself, the biggest disappointment in the healthcare bill is that it doesn’t adequately address the actual issue of healthcare and why Americans need so much of it, and is focused more on how to pay for it. As long as hospitals and medical centers are driven by a profit motive Americans will continue to pay for unnecessary tests and procedures that do little to save lives and do much to line the pockets of the medical establishment. And until we address the real causes of our poor health, which are primarily lifestyle related, costs will continue to spiral out of control.

One of the things I like to do with relationship charts is look at the progressed chart of one person and compare to the progressed chart of the other to see what’s happening in the relationship right now. Progressed Uranus in Obama’s chart is in an exact square right now to the US progressed Moon, showing a real shakeup in the attitudes and perceptions of the US people. His progressed Saturn is nearing an exact trine to the US progressed Chiron, reflecting the fact that he is forcing through (Saturn) the health care issue (Chiron). Hopefully the fact that this is a harmonious trine aspect means that the ultimate effect of this plan will be a positive one. And finally, his progressed Pluto is trine to the US progressed Sun, which reflects a transformational effect (Pluto) of the very nature of the US government (Sun).