Looking back to understand the future. 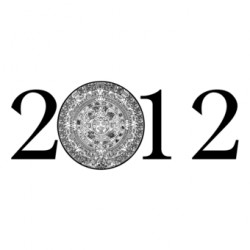 No matter what you think about the controversy over the end of the Mayan calendar in 2012, there is no question that this is a significant time in human history.  As I write this, a wave of revolutionary fervor is spreading throughout North Africa and the Middle East, and in the United States frustrated workers are taking to the streets in protest against a political structure that favors banks and corporations and strips individuals of their economic rights.

It would be easy to think that perhaps the world really IS coming to an end if you weren’t following the astrological trends.  These trends provide a context for these world events and offer clues to help us to make sense of them as well as the changes that are occurring in our own lives.  The interrelationships of the planets as they circle the Sun help us to define periods of cyclic change that will encourage personal growth and global balance.  Depending upon the nature of the individual planet, areas of life which are out of balance will be highlighted and will require that we make some sort of adjustment in order to achieve a harmonious state in our lives.

In order to understand the nature of the changes that are coming, we must travel back in time to the beginning of 2008 when Pluto entered Capricorn.  As the planet that governs destruction and regeneration as well as revelations about the dark side of human character, Pluto has a transformative effect on the issues of any sign that it travels through.  Pluto’s journey through its own sign of Scorpio witnessed revelations of sexual abuse and the HIV epidemic  (death through sex) which transformed the way most of us viewed the permissive sexuality that came about during Pluto’s sojourn through Libra, the sign of relationships.  Pluto’s passage through Sagittarius brought us not only the September 11th tragedy (death by airplane and religion, both Sagittarian motifs) but also a relentless optimism ® that resulted in “bubbles” in the stock market and in housing.

With the entry of Pluto into Capricorn, that excessive optimism of the Sagittarian theme was forced down to earth with a hard landing.  Where Sagittarius encourages us to seek worlds that lie beyond the boundaries of our imagination, Capricorn requires that we restrict our scope and attend to the details at hand.  The economic debacle that followed Pluto’s entry into Capricorn has been most difficult for those of us who were the most optimistic during the Sagittarian period – those of us who took out large mortgages in anticipation of employment success or who were living beyond our means.

The difficult adjustment period of Pluto’s entry into Capricorn in 2008 was followed by a conjunction of Chiron (wounding and healing) to Neptune (spiritual attunement) in 2009 and early 2010 that brought up all of our anxieties and emotional distress and may have made it even more difficult to work through our economic difficulties.  Chiron’s ultimate goal is to heal any imbalance in the body/mind/spirit system and sometimes in order to do that we must undergo a “healing crisis” which forces the release of mental and emotional toxins which have become problematic.  Occasionally this results in actual illness that must then be attended to.

Where we are now 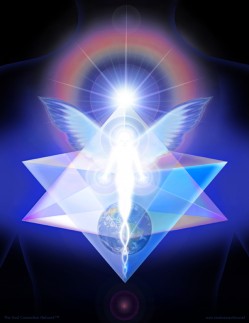 Art by Teka Luttrell. In 2010 a major alignment of planets in the cardinal signs of Capricorn, Cancer, Aries and Libra began to take shape.  Pluto in Capricorn, Saturn in Libra, and Jupiter and Uranus in Aries all  took their places in a drama that forced many of us to make changes in our personal lives in order to accommodate these global forces for healing and transformation.  These forces reached a peak during June’s eclipse in Cancer when the planets aligned in a Grand Cross of transformation and power.

Now that we are just one year away from the dreaded 2012, many are fearful of changes that might still occur.  “Haven’t we had enough change?” we may be asking.   And if everything in our personal lives is in balance, then we have had enough change.  THEN we are ready to take a break.  Until that point, the planetary gods work tirelessly to encourage personal and global transformation to bring balance into our earthly lives.

During the summer of 2011 Uranus in Aries will be within one degree of an exact square to Pluto in Capricorn.    The combination of Uranus and Pluto is a particularly potent one that breaks down old structures and ways of being (Pluto) so that something new and fresh and completely authentic can replace it (Uranus).  This is not always an easy process.  Those of us who remember the 1960s (when Uranus and Pluto conjoined in Virgo) will remember the thrill of radical and revolutionary new lifestyles that broke down the stuffy (Virgo) morality of the period.  This was a time of great liberation around the world: Black Power, Women’s Liberation, the domino of independent states across Africa as colonialism fell– but there was also a great Plutonic cost in terms of human lives that were lost  as the old order was broken down (Pluto) in order for change (Uranus) to take place.

The upcoming square of Uranus to Pluto will actually begin in the summer of 2012, and the two will dance an incredible seven times before concluding in March of 2015.  The turbulence that we see now sweeping across the Middle East and North Africa is just the beginning of this wave of Uranus/Pluto energy that seeks to sweep away the old and rotting corpse of a way of life that no longer works for humans at this stage of their psychic and spiritual development.  This same dynamic will be at work in our personal lives, revealing any pocket of experience that is no longer serving us and which needs to be removed from our lives.   This will understandably create a certain amount of chaos on an intimately individual level.

The changes of the next few years will most personally affect those of us with planets between 5 and 15 degrees of the cardinal signs (Cancer, Capricorn, Aries and Libra), and most especially those with Uranus and Pluto in these signs, including:

With Pluto in Capricorn, the very foundation of our material world will be challenged by the Uranian influence.  Our finances, our retirement plans, our marriages – any of these structures that we build to contain our lives could be threatened if they are not built on solid footings.  The effect of Uranus can be very stressful for the nervous system since Uranus operates on an electrical platform that can excite and thrill us, but also inspire anxiety and distress.   It is crucial to remember during this period that if any aspect of our personal lives break down under these influence, it is because they are no longer serving their purpose and require transformation in order for all involved to move forward in their personal evolution.

Looking ahead to the future 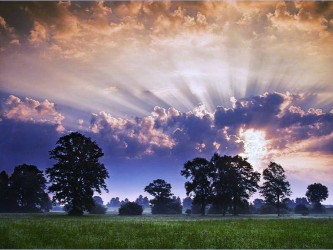 The gods are kind and they will be gracing us with a number of powerful harmonious transits to accompany the stressful times.  Chiron (the Soul Healer) and Neptune (the Soul Teacher) both move into Pisces this year where they will offer a direct line for us to communicate more directly with our own inner guides and teachers.  This process will be facilitated by Pluto, the Great Transformer, in a harmonious sextile to Chiron that occurs between 2012 and 2014.  At the same time, Saturn, the Celestial Teacher, will be in a harmonious trine to Chiron, helping us to more easily work with the soul wounds that are the source of our greatest pain, but also the keys to our greatest personal transformation.

Saturn will also trine Neptune between 2012 and 2013, enhancing our ability to give form (Saturn) to our direct connection to the spiritual world and our own personal guidance.  And finally, a harmonious sextile from Saturn to Pluto during this same period will provide us with a solid container (Saturn) within which this tremendous metamorphosis can take place.

Because every human being is interconnected through an energetic grid, the personal work that each of us does to accelerate our personal transformation will have an affect on every other person on the planet.  But this works both ways: we ourselves our affected by the energies with which we surround ourselves.  Waves of fear and distress can be internalized in ways that are not helpful.   We are being guided here by the most powerful of the planetary gods, and a high level of trust in the process will be required of us.

The biggest enemy of personal transformation is resistance, and in a period of extreme volatility such as the one we are entering it is tempting to try to protect ourselves by digging in our heels and attempting to hold back the flood of change.  This will not be effective and will only create additional distress.

As part of this resistance you may find yourself experiencing physical illness or drug addictions (especially with both Chiron and Neptune in Pisces, the sign of escapism as well as spirituality).   You may be plagued with anxieties as you attempt to hold back submerged thoughts and memories which clamor for attention and release.

Or you may find yourself engaging with these planetary energies by allowing yourself to be led by them in a mode that is completely reactive and without thought or planning.  The force of Uranus can inspire us to quit our jobs and leave the country one minute, and regret it the next.  Some of us will react to heightened anxiety by acting out and creating chaos in our relationships and work environments.

Under this pressure, psychotherapy may be helpful, although most psychotherapists are not trained to look at life through the lens of a spiritual awakening.  Throughout this period we will be best served by orienting ourselves towards the spiritual experience by seeking greater intuition and wisdom that is freely given from the inside.  Turning inwards In meditation, ecstatic dance, yoga, chi gong – all of these classic modalities teach us how to work with the energy of life to find the quiet center within.  It is from this center that all effective transformation comes.

And most of all. learn to trust the planets.  Through their guidance and wisdom we learn that just as we fear we will be enveloped by the darkness, the light shines through in greater measure than ever before, bathing us in the warm glow of ecstasy as we leave the darkness of the past behind and walk into a new world.