Love song for the Solstice and a personal update

Love song for the Solstice and a personal update 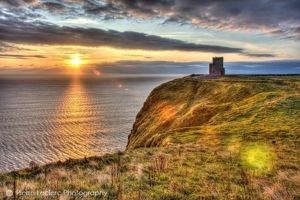 Photo by Pierre LeClerc I have been AWOL from this blog for awhile, largely due to the illness of my mother who died this past Monday. With my Moon (emotion, mother, needs) conjunct Pluto (destruction and regeneration) it’s not surprising that she and I had a complex relationship. I hated her intensely, yet during her illness I found I loved her with a ferocity that shocked me.

After her husband died in 2000 she decided to move to North Carolina. Tis was bizarre because she and I were hardly in contact for about 30 years. I feel very blessed that over the past 11-1/2 years she and I were able to heal so much of the pain and reactivity that had marked our relationship. It took a great deal of effort on both of our parts but she worked hard to make changes and I worked hard to let go of resentment and anger.

I have reported in these pages that over the past few months the Uranus/Pluto square has been aspecting my natal Chiron exactly, opening up old wounds and forcing me to learn to release and grow. In addition, the intensification of my mother’s illness at the fall equinox coincided with the passage of my progressed Moon over my natal Saturn/Sun/Neptune conjunction. She was hospitalized when P Moon transited Saturn and died as P Moon transited Sun/Neptune, forming a type of New Moon and releasing the bonds of karma.

My mother’s funeral was December 21, 2012 and as my sister said, she would have enjoyed the idea that the end of the Mayan calendar was all about her. Because of the funeral I missed our community Winter Solstice celebration in which my friend Gary Phillips delivered a beautiful love song to the natural world, Beth Owl’s Daughter has reprinted it on her blog and I share it with you here.