Mars and Pluto prepare for battle

Mars and Pluto prepare for battle 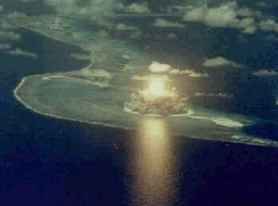 Mars will enter Cancer this afternoon (EDT) at which time it will be exactly opposite Pluto in the sky.  An opposition is a stressful aspect of 180 degrees in which the two planets are polar opposites, each one struggling to prevail.  Ideally, in oppositions we try to balance the two ends of the tug-of-war but until then there is an adjustment period.

Mars represents warfare and the need of the individual to defend his or herself.  Pluto represents death, transformation, and nuclear warfare.  In a battle between Mars and Pluto, there is a struggle for dominance and power.  Pluto is at 0 degrees Capricorn and Mars will be at 0 degrees Cancer.  With both signs at the 0 degree point on a cardinal axis, this is a powerful planetary formation that is likely to pack a big punch for a few days.

Mars will be in the sign of Cancer into October and until then our drive, desires, and ability to manifest our personal will, all of which Mars motivates, will be colored by our emotional sensitivities.  Mars is said to be in its fall in Cancer because Cancer is emotionally reactive; it is more difficult to be clear about our motivations and the true desires.  Cancer is the sign of nurturing and caring for others, and there is the potential for codependent behavior because of the focus on the needs of other people in an effort to care for oneself.

Issues that are likely to come up over the next few days may center around balancing our own needs with those of the people around us, and power imbalances in our relationships and at the workplace.  Conflicts that arise are likely to be tinged with hurt feelings and emotional sensitivities so it is important to try to dig down beneath the surface to see what real issues lie at the root of the issue.

For more details you may want to listen to the archived version of last Sunday’s radio show. The Mars/Pluto discussion is about 10 minutes into the show.