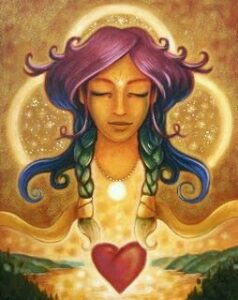 Over the next few days (June 27 – July 4, 2021) Mars in Leo will oppose Saturn and square Uranus.  In English what this means is that the aggressive force of Mars, which is most powerful in fire signs and is currently in Leo, will conflict with the repressive force of Saturn and the radical revolutionary dynamic of Uranus.  If that sounds like a recipe for trouble it could be, especially if your own chart is affected with planets between 10-15 degrees of Leo, Aquarius, Scorpio and Taurus – the fixed signs.

With a heat wave spreading across the US and Covid restrictions still in force, tempers are likely to rise here.  Elsewhere in the world the fiery force of this influence will likely manifest in different ways.

You’ve heard me say it a lot this year: the square between Saturn and Uranus is the story of 2021 – civil unrest, revolt against the status quo, finding new ways of change – these are all factors in this planetary cycle which will last throughout the year.  Every time a planet enters one of those fixed signs it will at some point set off the Saturn/Uranus dynamic, and this week that planet is Mars.

Mars is motivating, it can be inspiring and exciting.  Without Mars we would never find the impulse to do anything, so it’s essential.  But it can also be irritating and bring up any latent frustration that has no outlet so this week is a good time to (a) get a lot of physical activity to burn off any excess frustration energy, (b) try to avoid conflict because there’s no good solution when Mars is reacting against Saturn’s repression and being inflamed by the reactionary force of Uranus.  Normally I’m against conflict avoidance and for resolution, but an attempt at resolution may need to wait until Mars is safely out of range.

Chiron serves here as a mitigating force however – Mars is in a trine to Chiron which helps us to seek the route to moving through any emotional wounds (Chiron) which block us from being able to utilize the power of Mars for good rather than for evil.  We also have a double Pisces influence with both Jupiter and Neptune, co-rulers of Pisces, in that sign which inspires the transcendence of worldly debates and squabbles for the sake of peace and harmony.  This can be a beautiful thing but when we are dealing with Mars it’s better to have the conflict energy operate consciously rather than submerged in the hopes of transcendence.  So for the next few days we will want to pay attention to our drives and desires (Mars) but maybe put them on hold until the inflammatory alignments have subsided.