Mars enters Aries and we must face the warrior within.

Mars enters Aries and we must face the warrior within. 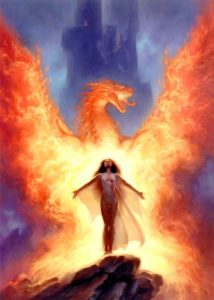 Mars entered Aries today, June 27 2020.  Mars would normally be in Aries for about five weeks, but because it will retrograde during the summer it won’t leave Aries until January 6, 2021. That is a long time for Mars to be in the sign of its domicile – one of the two signs which it rules. This means Mars can more easily exercise its powers of protection, defense, motivation, and let’s face it, aggression.

In all forms of traditional astrology Mars is considered a bad planet.  Its aggressive force inspires conflict and greed if the desires of Mars get out of control.  But really, aggression and war is not the origin story of Mars.  I do not believe that Mars is inherently bad – it represents the personality component that Freud called the “id” – the our basic and primal needs and desires and the instinctual responses that occur when these needs and desires become frustrated. Freud didn’t care much for the Id – he saw it as a “cauldron of passions” that needed to be tempered by the moderating forces of the Ego and Superego. However, the instinct for self-preservation is a critical one for the survival of a human individual, and just like the Id, Mars acts solely to preserve the Self and to gratify desire.

In an ideal world, we would all have needs that were met, there would be no need for a greedy accumulation of more than we need which resulted, perhaps, in the deprivation of others, and kindness would prevail with everyone able to live a peaceful and comfortable life with no frustration of these primal desires.  However, that is not the world in which we live, and humans do become greedy, and want what they can’t have, and envy what others want which results in conflict in homes, communities, and then on a much larger scale when wars occur between nations.

Mars also represents the drives that motivate and inspire us to action. Under the influence of Mars we don’t just sit around thinking about what we want – we are empowered to go out and get it.  Ideally, we’re able to do this without harming others, but if that’s not what happens it’s THEN that we see the negative results of Mars.  Mars also represents boundaries, and when boundaries are violated warfare occurs.  Mars will be part of the powerful planetary dynamic playing out in the skies as Jupiter, Saturn and Pluto travel together for much of the year with Mars triggering conflict in a series of challenging squares to all three planets.  I’m not saying there will be warfare and bloodshed, but a certain amount of conflict and strife may be inevitable.

Mars is at perigee during this long cycle through Aries, meaning it is at its closest point to Earth in its two year orbit. Astrologer Richard Nolle calls this the Mars Max cycle and associates it with fires and dramatic conflicts. Therefore, it is even more important during this long period of a powerful Mars influence that we learn to use Mars for good and attempt to elevate Mars in our life to its worthy position as defender and protector of the weak and as a force to motivate us to take the actions which we may have been putting off under quarantine.  It will be tempting to engage in battle where it may not be necessary or required, especially if Mars is triggering something sensitive in your chart.  There are times, however, when we must defend ourselves and speak up for what we believe and what we need, and Mars can teach some important lessons to those of us who find this more difficult.

When Mars is in Aries, we are all warriors.  Finding a way in which to become warriors for peace and justice rather than mindless carnage is the lesson of this year’s retrograde Mars.