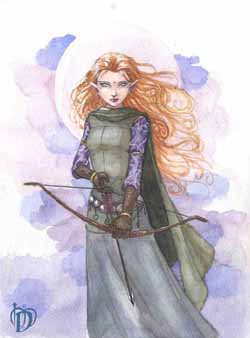 Today Mars leaves the intensely passionate and probing sign of Scorpio for the fun-loving and optimistic sign of Sagittarius.  At its best, Mars in astrology provides the fuel for our desires and our dreams – it energizes us and fires up our assertive nature.  In traditional and Vedic astrology Mars is considered a malefic planet because of its tendency to produce anger and violence, but this happens only when Mars is not allowed to have a healthy voice in our personality.

Mars in Scorpio is unafraid of the dark side of Mars, and has brought tendencies towards dominance and relentless transformation to the surface.  Mars in Sagittarius has a different modus operandi – it prefers to handle conflict with comedy and avoidance.  Mars is typically about setting good boundaries and defending them well, but Sagittarius doesn’t care for boundaries and prefers instead to have an escape route well-planned.  Mars in Sagittarius can be well utilized for sports and athletic endeavors as well as social activities and religious gatherings.

Mars in Sagittarius easily embraces the ideals and philosophies of others, and is rather open-minded unlike Mars in Scorpio which though more powerful, seeks to dominate and control.  Mars makes no major aspects with any other planets until next week when it aligns with Mercury and the New Moon in a scintillating Sagittarian stellium.

I don’t know about you, but I’m looking forward to a little Sagittarian break!