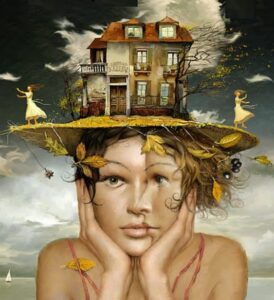 I wrote about Mars entering Gemini in last week’s update but this is a significant enough event that it deserves its own post. Mars entered Gemini on August 20, 2022 EDT and because of its retrograde cycle it will remain in Gemini until March 25, 2023. Mars is considered a malefic planet by astrologers in the various ancient traditions because of its connection with violence, but Mars is essential to physical and mental health as it inspires and motivates us to action. Mars helps us to identify our needs and desires and create a strategy for getting there. I like to say that without Mars we would have no reason to get up in the morning. Mars is a primary motivator.

The sign that Mars travels through describes the filter that Mars will operate through during that time. Mercury-ruled Gemini is the sign of thought and information – it hungers for knowledge and desires a wide variety of experiences in order to maximize understanding. For this reason, with Mars in Gemini there is the potential for more fluidity in discussion and this could apply to things like peace talks as well as to negotiations in our personal lives.

In Gemini, Mars can lose its focus – so many things become interesting and the creative power of Mars is weakened through the dispersal into multiple avenues of action. We may feel that we are spinning our wheels and getting little done, but the power of Mars in Gemini lies in its ability to open our minds to many different ideas and ways of thinking.

Mars was last retrograde in 2020-2022 and that time Mars was in its own sign of Aries, causing a lot of trouble. Mars wasn’t alone in the troublemaking planet category – we also had the Saturn/Pluto conjunction and a Capricorn stellium with seven retrograde planets. While Mars is in Gemini it will interact harmoniously with Chiron, helping to facilitate healing of difficult situations, and with Saturn to add structure and wisdom to all of our actions.

There will be some challenging times too, with Mars in a strong square to Neptune between mid-October and mid-November, concluding in late March 2023 just before making the transition into Cancer. Neptune is transcendent and magical, but also confusing and illusory and difficult interactions between Mars and Neptune can coincide with events that involve deception and can sometimes be disastrous. Normally these Mars/Neptune contacts last only a day or two, but with Mars stationing within a few degrees of the square to Neptune this cycle will last for about 30 days, right around the time of the US mid-term elections. I’m not saying disaster will strike, but it doesn’t take an astrologer to say that we should be prepared for massive confusion at that time.

In any case, while Mars is in Gemini for such a long time we can use it to energize all kinds of Gemini projects: learning a new skill, writing a book, going back to school, starting a walking group, learn a new language, getting in the car and exploring your neighborhood, contacting your siblings, play a new instrument or two… and above all, refrain from becoming frustrated if you have trouble focusing. Under the influence of Gemini that is a feature and not a bug!

When Mercury is retrograde we often see communication and equipment snafus, and things not going according to plan.  There is a “shadow” period lasting about a week on either side when Mercury’s movement is slower than normal. These are excellent ti