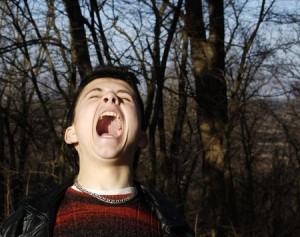 The planet Mars is essentially the driver of the psyche.  Mars energizes us, motivates us, inspires desire and want and need.  Mars helps us to set boundaries and defend ourselves, it also gives us the chutzpah we need to go on the offensive where necessary.  If that primal instinct to need and defend is thwarted or blocked or oppressed, Mars can run amok into rage and violence so we often tend to be afraid of that instinct.

When I see a client whose Mars is powerful in the chart but it is blocked in some way, or perhaps affected by other planets which weaken its effect, they will often say “I never get angry because when I do I blow up and it frightens me.”  This is a signal that Mars needs to find expression in a healthy way.

Mars turns retrograde (meaning it appears to move backwards from our perspective on earth) every couple of years and like all retrograde cycles, retrograde Mars operates on a much more personal and intense level when retrograde.  Mars turned retrograde on April 17th, and until June 29th when it turns direct again we are likely to be much more aware of our inner frustrations and resentments.  It likely will be more difficult to assert ourselves and to express that urge into the outer world – Mars retrograde turns the focus within so that we can ultimately find greater personal expression of that primal urge to manifest desire and find our own independent way in the world.

Pluto turned retrograde at the same time as Mars, and because Pluto represents a higher octave energy of Mars there is parallel activity occurring here on both the personal and transpersonal levels.  Pluto is retrograde for six months every year so this is not as dramatic an occurrence as some articles may have led you to believe.  But the combination of Mars and Pluto stationary in the sky, beaming a laser of potent aggressive force, is a powerful one.

Mars is in freedom-loving Sagittarius now where it doesn’t appreciate being repressed and held back, which could heighten the sense of frustration.  Physical activity is always a great way to discharge built-up Mars energy and that is especially true in Sagittarius.  On April 28th Mercury will turn retrograde and that will make communication more difficult, potentially resulting in greater problems especially after May 28th when Mars retrogrades back into Scorpio and builds more power.

Remember that everyone is affected by these impulses, so the people around you are likely to exhibit frustration and rage and there is greater potential for conflict.  Mars energy can express itself in weird ways – those with difficulty expressing our anger and frustration can sometimes goad another into blowing up instead.  This is a good time to be thoughtful and conscious about how these energies operate in our lives so that they can be channeled effectively.

The key to getting the most from these planetary events is to pay close attention to your instincts and your desires and needs, and work to develop a clear strategy for achieving some sort of satisfaction and success.  Understand that the Mars-y energy is affecting everyone around the world, and remove yourself from situations that could become dangerous.

We will likely be frustrated in attempts to make anything happen between now and the end of June.  But we can certainly become more aware of the inner drives that motivate us and engage in positive actions to move forward in the direction of maximizing our potential for the ultimate achievement of those goals.