Mars transiting through Aries – Harness the power of the “Id”

Mars transiting through Aries – Harness the power of the “Id” 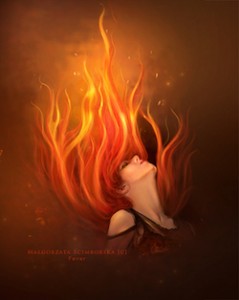 Art by Yosia82 on DeviantArt

Mars is the planet of desire and need – it is the planet associated with the “Id” in psychological theory – “the part of the mind in which innate instinctive impulses and primary processes are manifest.”  The Id makes no value judgments – it is pure desire and instinct, and so is Mars.  Freud didn’t care much for the Id – he saw it as a “cauldron of passions” that needed to be tempered by the moderating forces of the Ego and Superego.

The instinct for self-preservation is a critical one for the survival of a human individual, and just like the Id, Mars acts solely to preserve the Self and to gratify desire.  Mars is particularly strong when in the sign of Aries, and Mars just entered Aries today (January 28, 2017).  While in Aries, Mars is at its most potent and the aggressive force is permitted full expression, unhampered by the niceties of signs like Libra or Pisces, by practical considerations such as Capricorn and Taurus would exercise, or by reason and intellectual processing such as Gemini and Aquarius would instigate.  It is pure, unadulterated need and drive.

When this basic force of need is thwarted, frustration is the result.  A certain amount of frustration leads to anger, and chronic anger leads to chronic rage and health problems.  A healthy Mars is, in my view, very important for the human ecosystem to function properly and nowhere is it as healthy as it is in its own sign of Aries.

Mars will remain in Aries through March 9, 2017.  If you have had trouble motivating yourself recently, this infusion of pure raw energy can help you.  There will be more action and less talk – and the talk that does occur will be more frank and more blunt.  Under Mars in Aries there is less care to avoid hurting feelings and more of an urgency to get on with things.

During this time of Mars in Aries, Mars will enlist some powerful friends to help fire things up.  Beginning around the 19th Mars will begin to face off against Pluto (planet of power and transformation) , intensifying the energies and potentially setting off power imbalances and struggles.   At the same time Mars snuggles up to Uranus, planet of radical rebellion and sudden change.  Suddenly the intense drama of the past eight years (with Uranus square Pluto in the sky) will re-emerge as a force to be reckoned with.  The foundation will once again shift and new patterns will emerge.

This intense period will last all the way to the end of February so mark your calendars!  As with any powerful Mars transit, this energy is best channeled through vigorous physical activity, defending yourself in situations where you may be under attack, develop a greater sense of personal empowerment, look closely at the things you want and need in your life and in your relationships and decide to go after them.

Sign up for my free monthly Planetary Illuminations report!