Memorial Day 2014 – the astrology of US warriors

Memorial Day 2014 – the astrology of US warriors 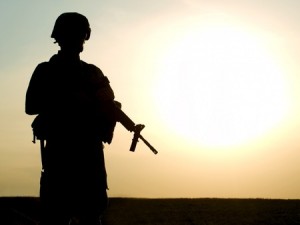 It is very ironic that as we celebrate Memorial Day today – the US holiday that honors its fallen soldiers – the Veterans Administration is being rocked by a scandal that data on admissions was falsified to hide the fact that those very fallen soldiers were left waiting for medical treatment which led to the deaths of at least 23 veterans.

The first Memorial Day likely took place on May 1 in 1865 when thousands of slaves gathered in Charleston, South Carolina to wash and dress the bodies of 257 slain Union soldiers who had been thrown into a mass grave.  These soldiers were reburied in a proper cemetery, and a parade of thousands of black Charlestonians, many of them former slaves, led a procession and dedication of the graves.  This dedication was followed by picnics and celebration.

No matter what your politics, it can’t be denied that fallen soldiers rarely receive their due unless they are killed in battle.  Then there is great fanfare and honor, but the soldiers who return from war with PTSD, psychological and physical wounds, and whose lives will never be the same, often have nowhere to turn and are forgotten.

In mundane astrology, Mars represents warfare and warriors.  In the astrological chart for the US, Mars is in the sign of Gemini, the sign of the shapeshifter and experience seeker.  Mars in Gemini does not have a great deal of power – it can become distracted and seek a wide variety of experiences.  We can see this plainly in the tendency of the United States to insert itself in wars around the globe rather than focus on one particular situation and gather strength in that location.  American soldiers are deployed in nearly 150 countries.

In addition, this Gemini Mars is squared by Neptune, the planet of high ideals, but also deception and confusion.  We have soldiers fighting today who don’t know what they are fighting for – the goal of the wars in Iraq and Afghanistan have changed and mutated (typically Geminian) and the lofty ideals (Neptune) which inspired young men to sacrifice their lives have all but disappeared.

I suggest that this Memorial Day we focus on the living – honoring the soldiers around the world who are fighting wars of rich men and paying the price.