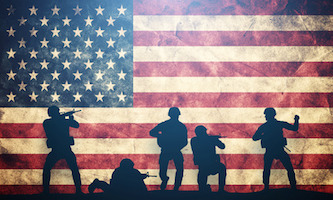 Memorial Day originated as a special day to honor those killed in any kind of military action. But times have changed.

Suicide now kills more soldiers in the middle east than die in combat.  Veterans returning from war are dying as the result of a failure to provide adequate treatment.  Whereas 6,886 soldiers have died since 2003 in various US military operations, the US Department of Justice reported that 4,813 people were killed by police in the US between 2003 and 2009, and the Washington Posts reports that over 900 people have been killed by police each year since they started tracking in 2015.

As is well known, gun violence and medical errors kill far more Americans than terrorism, yet the proposed US budget includes a $54 billion hike in defense spending which includes more Navy ships and Air Force planes, neither of which are effective in the current battle against religious extremism.

Over the past few years Pluto, planet of death and rebirth, has been opposing the Sun in the US astrological chart which has intensified the eruption of murder and violence in the country.  This will likely only increase as we get closer to the time of the US Pluto Return in 2020-2023.

I propose that on this Memorial Day we honor not only the fallen heroes, but also the fallen citizens whose only crime was to be nonwhite; the veterans who returned from war to find their lives decimated and with no hope of a bright future; the innocent victims of the mentally ill who are freely able to purchase assault weapons.

And let’s also remember that freedom goes beyond sending young boys to be cannon fodder for billionaires to enrich their pockets through sales of arms and oil, or to enable individual prejudices against certain groups or religions.