Mercury retrograde and the “Shadow Period”

Mercury retrograde and the “Shadow Period” 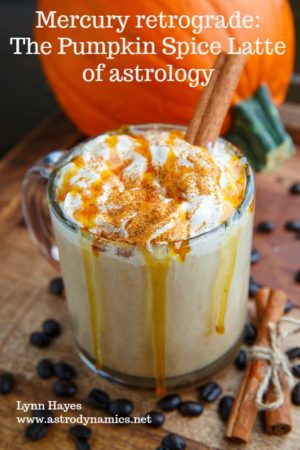 Thanks to the Internet, the magic of REAL astrology (as opposed to those Sun Sign horoscopes you still see everywhere) is spreading and the concept of Mercury retrograde has gone mainstream.  This is exciting since even people who profess not to “believe in” astrology often are aware that when Mercury is retrograde things often don’t operate as we expect them to.  Machinery glitches, communication breakdowns, an epidemic of “but I thought you said…” – all are widespread under the influence of Mercury retrograde.

In classical astrology, Mercury is said to be “debilitated” when it is retrograde; it doesn’t operate as it normally does which is to facilitate communication and messaging, as well as daily routines, short distance travel and plans of all kinds.  As most of you know, I don’t particularly care for these ideas of positive and negative as they cause us to miss out on the benefits offered by astrological factors that we normally consider negative such as Mercury retrograde and Saturn and Pluto transits.  I view the retrograde phase of a planetary cycle as being a part of the natural ebb and flow of nature.  The waves of the ocean flow towards the beach, and then they must flow back to the ocean before returning to the sand.  The joyful warm days of summer give way to the bitter cold days of winter’s hardship.

When Mercury is retrograde, it’s not uncommon to run into problems.  Contracts written when Mercury is retrograde often have to be renegotiated.  Plans made often have to be revised.  Travel reservations are often stymied. Communication breakdowns are common.  Mercury retrograde periods are excellent fr some things though – they are perfect for review and reassessment.  They are perfect for do-overs and repairs.  It is said that anything that begins with the prefix RE- (from the Latin word meaning “again”) is ideal for Mercury retrograde periods, including REdecorating your home, REdoing your website or marketing plan, REwriting that chapter you’ve been putting off.

It is often warned that Mercury retrograde periods are not good for surgery but that really depends what kind of surgery.  A surgery that is a repair is not by itself contraindicated by Mercury retrograde, although scheduling could be difficult and require rearrangement of the schedule.  Elective cosmetic surgery would not be favored under Mercury retrograde.

What is this “shadow period”?

When planets appear to turn retrograde (to move backwards in the sky from our perspective), they don’t just turn on a dime.  The retrograde motion of planets is very much like a car doing a U-turn.  First it has to slow down, and only then does it make that U-turn to go the other way.  The concept of a “shadow” period is fairly recent and different astrologers use different techniques to determine where this shadow period begins and ends.  I have seen some pop astrology columns that give an arbitrary two week period with no explanation.  One technique from Chris Brennan’s Astrology Dictionary involves using the exact degree of the retrograde and direct stations.

Neither the arbitrary two week period nor the retrograde degree technique really work for me as they don’t take into account the symbolism of the slowing down of the speed of the planet as it prepares to make that turn which is, I believe, the actual cause of the retrograde energies.  Mercury typically travels about one degree of a sign per day, and its motion begins to slow down about one week before the actual date of the retrograde station, and this is where we can begin to see the classic signs of Mercury retrograde: communication snafus, equipment breakdowns, etc.  So I typically use about a week as the shadow period before and after a Mercury retrograde cycle.

If you have additional thoughts about the shadow, or experiences you’d like to relate, please share in the comments.