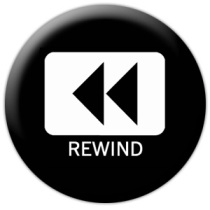 Mercury will turn retrograde on Friday the 20th at 3:59 pm Eastern time, but as Mercury’s (apparent) motion continues to slow down in preparation for its change of direction we could begin to see the famous communication glitches.  These glitches are by no means universal, so there’s no reason to panic!  But I find it’s useful to know about the Mercury retrograde phenomenon so that we can (a) be prepared and (b) laugh when we run into problems.  It’s just Mercury retrograde!!

Mercury is in its own sign of Virgo right now, so it’s a little more adaptable and can find ways to maneuver around any quirky glitches that arise.  However, the final square in the challenging Saturn/Pluto cycle occurs just hours after Mercury turns retrograde and that event could highlight challenges and difficulties.  On the positive side, as I’ve been noting, this final square of Saturn to Pluto likely marks the end of the worst of the challenges of the Cardinal Drama as the intensity of the planetary interaction we’ve seen since May begins to subside.  But this week is likely to bring bad global news and bad financial news until we begin to turn the corner after the 21st.

Mercury will remain retrograde until September 12, but don’t put your life on hold.  If you have to take a new job, or sign a contract on a house, or get married, or have a baby, don’t enter into these arrangements with a lot of fear.  But do your homework: recognize that it’s important to be especially conscious during this time because the brain tends to operate on a more internalized level which is why these are great times for introspection and meditation.  Pay extra attention to details, and try to be sure that all negotiations and agreements are as clear as possible and preferably in writing.

For more information on what Mercury retrograde periods are good for, tune into the Musings on Astrology radio show on Sunday morning at 11 am.