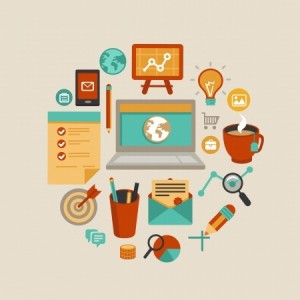 When Mercury is retrograde we tend to look back at the past and revise things.  This morning I was going through my list of astrology blogs that I have followed over the years and discovered that almost half of the blogs on my list are inactive.  Several of them ended with posts that explain why the astrologers aren’t writing any more.

When I began this blog in November of 2005 there were just a handful of astrology bloggers.  Of those originals, some of us –  Elsa Panizzon, Robert Wilkinson,  Jeffrey Kishner, April Elliott Kent, Nancy Sommers, Eric Francis, Michael O’Reilly, John Townley  –  are still blogging in one form or another.  Each of us had a completely unique approach to astrological blogging – Elsa is down to earth and practical, Robert is philosophical and spiritual, Jeffrey’s Astrology at the Movies blog covered cultural trends, April’s brand of humor and insight is unique, Nancy’s coverage of politics in difficult times brought a new level of understanding to the mundane.

Over the years as the blogging world exploded literally hundreds of new astrology blogs have come along.  This has been a huge benefit, making it easy for many thousands of readers to learn more about the magnificent spiritual science that we love.  However, over the years many bloggers have given up and I don’t blame them.  Finding something interesting enough to capture readers several times a week, much less daily, is no small feat.

I have literally thousands of articles in the archives and I’m going to begin digging them out on some sort of regular basis because some of them are still relevant and, I hope, still interesting.  This kind of thing is perfect for Mercury retrograde periods.  I still watch the news and think “I have to write about that” because as well as being an astrologer, I am a writer by nature.  I have Gemini rising, which means Mercury, the planet of mental activity, rules my ascendant.  My Moon/Pluto conjunction is in the third house of communication, giving me a compulsive need to express myself (as well as the fear that I won’t be heard, which is another story for another time!).  My Mercury itself is in Scorpio, the researcher and solver of mysteries, and it’s in the sixth house of daily routine so the practice of daily writing, while difficult to maintain, has been very rewarding.

The demise of blogging has been covered in news media and Facebook and Twitter have received much of the blame.  I love my Facebook page for daily quick updates and interacting with the public, but it’s no replacement for an in-depth article about something that fascinates me.

There’s no real point to this article – it’s just something I was thinking about and wanted to share!