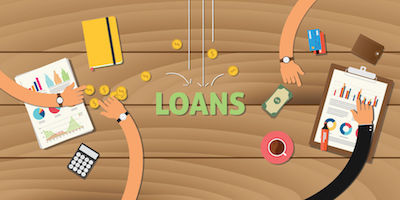 The Wall Street Journal recently published an article about a referendum in Switzerland regarding the very nature of money.  You will probably hit a paywall, but here is the relevant portion:

A decade after the collapse of Lehman Brothers, the world is still debating the causes of the financial crisis—down to the meaning of money itself.

In buttoned-down Switzerland, that debate is taking the form of a nationwide referendum set for June 10. Voters are being asked to consider fundamental questions rooted in the crisis: what is money; who creates it; and how safe is it? And they’ll have a chance to blow up one of the foundational features of global finance: the ability of banks to create money with just a few keystrokes.

That’s right, if a bank gives you a loan, it can pretty much create the money on the spot. It’s something that banks do every day around the world. It means that all money isn’t created equally, and the cash that pops out of an ATM machine isn’t the same as the numbers on a bank statement.

But if the Swiss referendum passes, all money creation there would have to be done directly by the country’s central bank.

Taurus represents all that is solid in our world – tangible, earthbound, things that we can touch.  Along those lines, it governs personal possessions and the accumulation of wealth and financial security.  As Uranus travels through Taurus, these ideas are likely to be disrupted and paradigms shifted.

The global financial system is pretty much based on ideas and trust, and this of course leads to financial collapse from time to time.  In my house, I rarely see actual money changing hands.  Income is automatically deposited into my account, and bills are automatically deducted. I have some investments at a financial institution and I receive a statement, but I can’t really know whether my investments are actually in that institution.

The article goes on to say, and see if you can wrap your head around this:

Under the current system, when a borrower is approved for a mortgage, the bank doesn’t take existing money from a vault. Instead, it creates an electronic deposit for the borrower, which the borrower transfers to the seller’s bank account.

Much of the growth in money in circulation is through these bank-created deposits. Regulatory limits, such as capital ratios, keep banks from endlessly making loans.

Of the 645 billion Swiss francs (about $652 billion) in circulation, only about 85 billion francs are notes and coins.

Under the Vollgeld proposal, banks would have to actually have money before they lend it out. The central bank would extend loans to banks to keep the supply of available money sufficient for the economy. But the onus would be on the central bank to determine the amount of lending available, a form of monetary policy that was more common in the early days of central banks in the 19th and early 20th centuries.

Apparently, the banks would be given the ability to create money so that they would have the funds to lend. Swiss voters rejected this radical (Uranus) proposal about how money is created, but with Pluto (death and regeneration) in Capricorn (financial and economic systems), I would not be surprised if there are other attempts to completely undo the global financial system and rebuild it in a new way.

Uranus is a disrupter, so it’s difficult to say whether it will push towards crypto (Uranus) currency (Taurus), or towards changing the current system (Uranus) to having actual cash money (Taurus) in the bank.  Some astrologers are betting on the former.  Personally, I hope it turns out to be the latter.