More about Norway and the Mars/South Node

More about Norway and the Mars/South Node 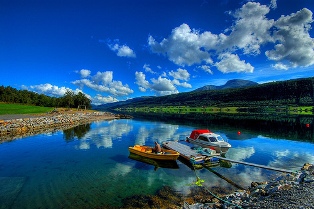 In my recent post about the horrific attacks in Oslo last Friday, I described the transit of Mars and the South Node over Pluto in the chart of Norway, and the transit of Chiron in a square to the South Node in the Norway chart.  Planetary cycles involving the nodes of the Moon tend to bring up issues from the past that need to be addressed in order to move forward.

Terrorist acts are the last thing most of us would connect with the idyllic country of Norway.  Pluto in the Norway chart represents the power structure, particularly since Pluto lives in the tenth house of governmental entities in that chart.  But it also represents secrets, especially secrets having to do with abuse and misuse of power, and any area of political life in which those secrets can be the undoing of the nation.

Norway’s powerful Justice Committee has ordered the government to compensate thousands of people, many of whom were locked up in lunatic asylums because they were the children of Norwegian mothers and German soldiers.

A statement from the committee said the government should quickly draw up a compensation scheme for an estimated 10,000 claimants. …

After German troops withdrew from Norway at the end of the Second World War, an official programme of weeding out occupation liaisons began that resulted in the arrest of some 14,000 young women and the detention in military camps of 5,000 girls who were known to have had children with German soldiers.

“There are still hundreds of 80-year-old women in Norway wondering where their kids went in 1945 – they never saw them again,” said Mr Brandacher. “Their children were put in 200 institutions as well as being sent round for adoption in so-called good Christian homes.

“But the Christianity in these homes did not exist – at least not what we call Christianity. The stories are brutal and grotesque. Every possible crime the human race can do was done to innocent kids after 1945 in Norway,” he added. Many of the Lebensborn children claim that they were sexually abused, beaten, mass raped, urinated on and washed in chemicals.

Reports this month suggested the children had been subjected to experiments with LSD in which at least five died.

The one tragedy has nothing to do with the other, except that both serve to call our attention to a country that was seemingly an idyllic bastion of democracy being torn apart by history and a mad distaste for outsiders.