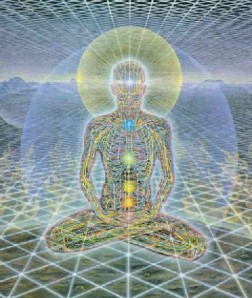 As we’ve discussed in this column over the past few months, Aquarius has the double rulership of Saturn and Uranus, and those two planets are opposing each other in the sky right now, an aspect that will be in effect over the next year or so.  Aquarius is the revolutionary thinker – the brilliant mind that puts aside conventional wisdom in order to create something entirely new.  Aquarius and Uranus is the inventor, the futurist and the economist; the revolutionary who strives for social justice and the cruel tyrant who chooses to eliminate those who don’t fit the idealistic Aquarian view.  Adolf Hitler’s chart shows Uranus on the ascendant, opposing the Sun on the descendant – his way of creating Utopia on earth was to murder all those that didn’t fit his view of the ideal future.  I mention this only to remind us that Aquarius and Uranus, its modern ruler, are not all about peace and harmony.

From a spiritual perspective, Aquarius embodies both the power to create form of Saturn and the power to break free from form of Uranus.  There is therefore a constant evolution embodied in the Aquarian archetype.

Between February 15th when Mercury entered Aquarius and the 18th, when the Sun moved into Pisces, there were six planets lined up in Aquarius:  Mercury, Jupiter, Mars, Chiron, Neptune, Sun.  PLUS the North Node of the Moon.  Now the Sun has moved out of the configuration, but the Moon will join the Aquarian lineup on the 22nd (depending on your timezone) and for a few days the electrical energy may intensify once again.

I believe the last time (and please let me know if this is incorrect!) there was such a lineup in Aquarius was February 4th and 5th of 1962 when seven planets lined up in Aquarius and served as the harbinger of the Uranus-Pluto conjunction which began later that year.

This Aquarian energy is a powerful force for change – for invention, for technology, for downloading information about our Brave New World.  It can also be overwhelming for some of us, particularly since Chiron is in Aquarius and about to conjunct Neptune.  The electrical force is a power to be reckoned with and may require additional effort in order to balance and normalize our lives.