More on the Pisces Eclipse

More on the Pisces Eclipse 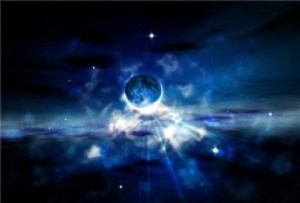 Neil Paris has a way of describing planetary events in a way that make them real to people that don’t really get the planets. Here’s a bit of what he has to say on the eclipse:

As the Sun is covered by the shadow of the Moon, emotions (moon) cloud our very being momentarily. Suddenly we’re irrational creatures, operating entirely through our unconscious motivations (namely all those reactions that have been repeated so often as to become part of our ‘auto-pilot survival system’.) So expect some old patterns to play out which will force you to stop and say ‘Whoa – this again?’.
This time we get to do it differently, by choosing to DELIBERATELY REACT DIFFERENTLY.

Pisces is the most sensitive sign because it involves a surrender of sorts – a cosmic orgasm, a sigh of “reality-relief” when we exhale, let go, release and give it up. Give what up? The emotion, the desire, the game, the fight, the trying, the maintaining, the working, the stress, the frustration, the elation, the hope, the anxiety, the excitement, the possibility.

Everyone on Earth is participating in this grand Letting Go. Some people will choose to exit their bodies at this time (which is a regular daily occurrence but which may become significantly higher at this time, whether in the public eye or the person on the street) because death is a form of letting go. There are many manifestations:

Suddenly you don’t want to keep pushing and you stop all activity and just breathe.
You decide to go swimming instead of sitting around stressing about what to do next.
You sleep in an extra 12 hours with no alarm clock.
You cry – at a memory, a movie, something happens to dissolve your inner walls and helps you feel again
You drink like a fish and stagger home chuckling
You drink like a fish and wind up in hospital
You’re high on drugs and repeat the first two steps
You tap into some Spiritual Power than enables you to paint THE most amazing picture, writ e a blockbuster novel or wind up helping someone out just when they were going to give up

There’s a big difference between giving up now, and surrendering it up. One is quitting, the other is quitting pushing/blocking/forcing/manipulating energy and becoming stressed out because things aren’t working “the way you want them to work”.

This Solar Eclipse is wonderful for taking a break from reality – for getting “high” in a way that brings us closer together with our real selves (the stripped down sensitive soul we all have hidden not far beneath the surface) instead of further away from that core, through playing victim to life’s tumultuous tides.

So – Make Your Wish. Choose your Reality. Design your Destiny.
Focus. Give it full emotional power – how much do you want it.
Finally – breathe out and let it go.

Life teaches us one thing, no matter what else is happening – to take it in, but then let it out.
Like breathing. No matter what is happening, we can’t forget to exhale. To let go of what we’ve taken in.

The Great Karmic Completion is here, but the new dawn begins when we can release the night and not hold on, by keeping our own Suns down – our sun sign in Astrology is the gift given, the life path chosen, the energy we’re here to shine into the world.