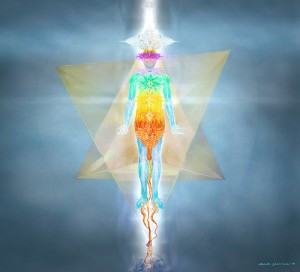 Mercury and Uranus both turn retrograde next week so I thought it might be a good idea to begin with a discussion of the concept of “higher octave” planets since Uranus is known as the higher octave of Mercury, and that is important to understand when looking at their tandem retrogradation this month.

The personal planets, representing aspects of personality, are the planets that are visible in the sky.  Saturn forms a natural boundary to the personal planets, which is in itself an interesting symbology since Saturn rules boundaries and limits, as well as the practical material world.  The outer planets (Uranus, Neptune and Pluto) represent transformational forces – they transpersonalize our experiences and bring us into a greater connection with the Universal laws of spirit and metaphysics.

The outer planets most commonly thought of as “higher octave” planets are Uranus, Neptune and Pluto.  These transformational planets are associated with the three planets closest to the Sun: Mercury (associated with Uranus), Venus (associated with Neptune) and Pluto (associated with Mars).  Where Mercury represents the mind and personal awareness, Uranus expands that awareness to a broader consciousness of Universal Mind.  Where Venus represents love and personal relationships, Neptune inspires us to open our hearts to Divine Love and a relationship with the Universe itself.  Where Mars represents our personal will and desires, Pluto represents the will of the higher self –   urging us to drop any pretense of limitation and evolve into our most empowered Self.

In this model, the principle of Saturn stands at the guardian of the gates and in order to elevate from the lower octave to the higher, the boundaries of the material world (Saturn) must be transcended.

In my view Ceres, the long-suffering female goddess who was relegated to asteroid status until she was suddenly reclassified with Pluto as a transformational force back in 2006, is the higher octave of the Moon.  Ceres relates to nourishment of the body but also the soul in its focus on our connection to Gaia, the earth, elevating the nurturing of the emotional realm that the Moon oversees.

Chiron, the Soul Healer, serves as a bridge between the personal and the transpersonal.  It is a maverick in the solar system – neither planet nor comet nor asteroid, it is a unique body that has a uniquely original place in the astrological pantheon.  Chiron induces the healing crises that help to move us through our incarnation and heal the wounds of the past that create blockages in the bodymind spirit system.  Chiron inspires transformation, but is not itself tied to any other transformational force.

Mercury and Uranus will turn retrograde at the same time this month, and tomorrow we will discuss the implications of that event.